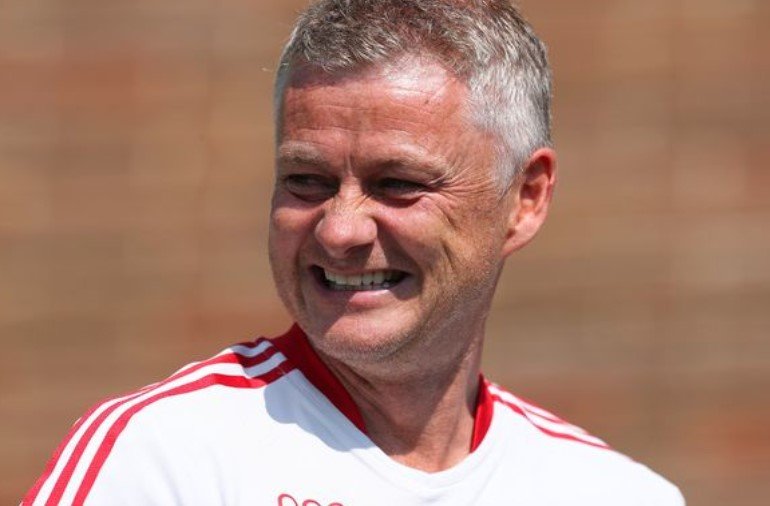 Manchester United manager Ole Gunnar Solskjaer says fans will “see a reaction” when his side take on Watford today (15:00 GMT).

United are sixth in the table after a run of just four wins in 12 games.

Following the international break, the 48-year-old says that everyone at the club is working together to turn their form around.

“The players, staff, myself and club are working toward one goal; to improve and get better results,” he said.

United have surprised many observers by sticking with Solskjaer after their poor run, with two of their four wins in 12 coming through late winners and another after an injury-time David de Gea penalty save.

The comprehensive nature of the 2-0 home defeat by Manchester City immediately before the international break made the result, in its own way, as demoralising as the record 5-0 home loss to Liverpool a fortnight before.

United’s embarrassing 5-0 defeat was their heaviest ever at home to Liverpool, as well as being the first time they have lost to-nil by five or more goals at home since a 5-0 loss to Man City in February 1955.

However, Solskjaer is said to have been in a good mood in training this week and he painted a positive picture of life at Old Trafford as he spoke ahead of his side’s trip to Watford.

“When you lose, you are always disappointed and under pressure,” he added. “Sometimes the first thing you want to do is get back on the training ground.

“But this has been a good time to refresh our minds. We have prioritised a few things and I am sure you will see a reaction.”

The Norwegian says he has been in communication with United’s executive vice-chairman Ed Woodward throughout the international break but that there was nothing unusual in that.

Woodward put his name to a statement that accompanied the release of United’s latest financial results on Wednesday which said the club’s “top priority” was “success on the pitch”.

Evidently, Solskjaer needs to turn the situation around quickly. But he does not feel the pressure should be a burden to his players.

“This poor run has put us under pressure,” he said. “But pressure should be a joy, something that makes us a better team and perform at the best level.”

And, at the start of run of games that includes a crucial Champions League trip to Villarreal on Tuesday and a daunting Premier League encounter with Chelsea at Stamford Bridge next Sunday, he promised Jesse Lingard he will get a chance to have an impact after talks over a new contract for the England man collapsed.

“I have not been involved in contract talks but Jesse is a big part of squad,” said Solskjaer. “He gives energy to group every day.

“Every player wants to play but I can’t fault his attitude. Jesse has done well when he has played for us and he will get his chances.”