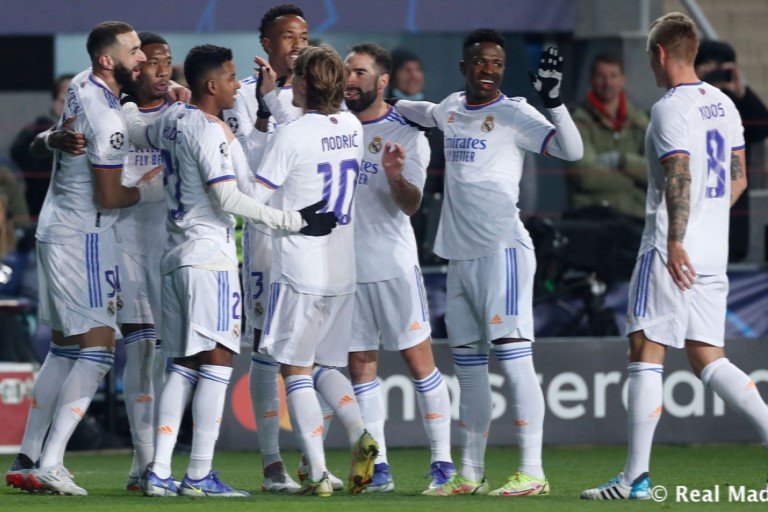 Real Madrid reached the Champions League knockout stage for the 25th successive year with a comfortable win against Sheriff Tiraspol in Moldova.

David Alaba opened the scoring with a free-kick that deflected beyond goalkeeper Giorgos Athanasiadis.

Toni Kroos added a second before the break, firing in off the crossbar, while Karim Benzema then made it three.

It means Real Madrid are through with a game to spare, as are Inter Milan, who beat Shakhtar Donetsk earlier.

Edin Dzeko scored twice after the break in a 2-0 win for the Italians, who visit Real Madrid in the final group game – with only which team qualifies as winners still to be determined.

Carlo Ancelotti’s side, who lost the reverse fixture against Sheriff, top the group on 12 points, two above Inter.