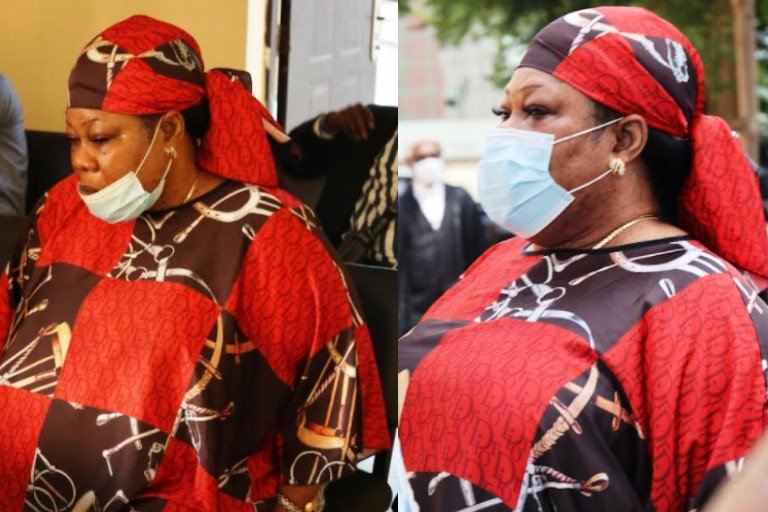 Olejeme is facing a nine count charge bordering on criminal conspiracy, abuse of oﬃce, diversion of public funds and money laundering to the tune of over One Billion Naira.

At the resume hearing today, the prosecuting counsel, Sir. Steve Odiase presented the first prosecuting witness Salihu Dantsoho Sadiq, a Bureau de Change operator. The witness narrated how he met Henry Sambo, an employee of the NSITF who is on the charge.

Sadiq told the court that sometime in 2014 at First Bank, Abuja, Sambo approached him and requested for foreign exchange.

“He transferred the money into my account the same day the transaction started and the transaction involved hundreds of millions in about eight to ten tranches. He did not know my office, but he normally sent his driver for the transaction,” he stated.

Under cross-examination, the defence counsel, Paul Erokoro SAN, asked the witness if he knew the defendant, and what the Dollars were requested for. He replied: no; adding that Sambo did not tell him the purpose.

Erokoro also asked whether the transaction followed CBN guidelines for forex, warning that if it did not, he would report the transaction to authorities. The witness answered in the affirmative.

Earlier, prosecuting counsel, Odiase told the court that the prosecution had pre-trial with six witnesses who are expected to be in court to testify today but, because of the fire incident at Kubwa which involved some of their relatives, they couldn’t make it to court. He however disclosed that among the six, one is in court and two others are on their way.

He therefore requested the court for a short adjournment to enable the prosecution to present the other witnesses.

Justice Aliyu adjourned the matter till November 29, 2021 for continuation of trial.