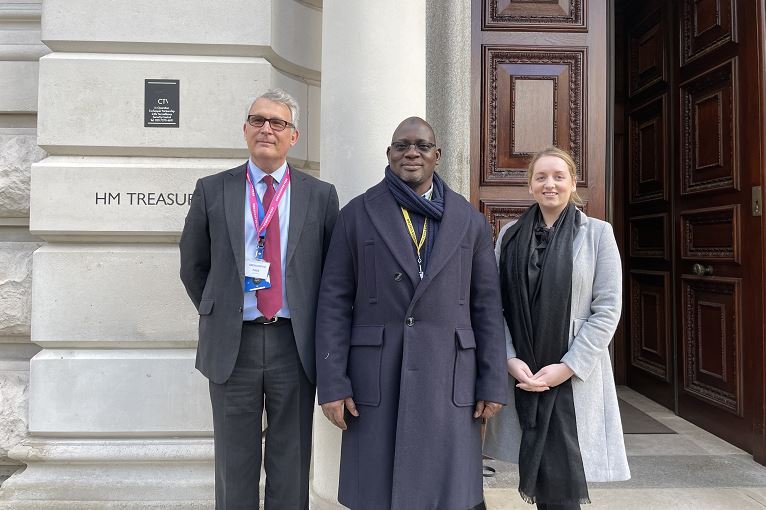 Muhammad Nami, executive chairman of the Federal Inland Revenue Service (FIRS) Nigeria and President of the Commonwealth Association of Tax Administrators (CATA), on Friday held his first face-to-face meeting with the CATA Secretariat at the United Kingdom’s Treasury House.

The meeting had in attendance executives of the CATA Secretariat, including Mr Duncan Onduru, the Association’s Executive Director, Mr. Jon Swerdlow, the Vice Chairman, and Ms. Megan Jones.

Mr. Muhammad Nami, Federal Inland Revenue Service Executive Chairman and Commonwealth Association of Tax Administrators’ (CATA) President (fourth from left) flanked by members of his team, alongside members of the CATA Secretariat and representatives from Her Majesty’s Revenue and Custom (HMRC)

The CATA President and his team were briefed on the governance structure of CATA, current efforts by the association to serve the common interest of member nations, and future opportunities, especially in capacity building and creating networks for CATA members.

Mr. Nami in his comments stated that his tenure, which spans for the next three years, will seek stronger relationships with developmental partners to achieve the short and long term goals and objectives of the association.

The CATA President also seized the opportunity of the training organized by the Joint Tax Board of Nigeria in the UK and the CATA inaugural meeting to hold a bilateral meeting with Ms. Antonia Strachey of the Public Finance and Tax Department, UK Foreign, Commonwealth and Development Office (FCDO) on issues of mutual benefit to the revenue authorities of both countries.

You will recall that on Friday, 12th October, 2021, Muhammad Nami, was unanimously elected by the 47 member countries of CATA at the association’s General Meeting as its 15th President.