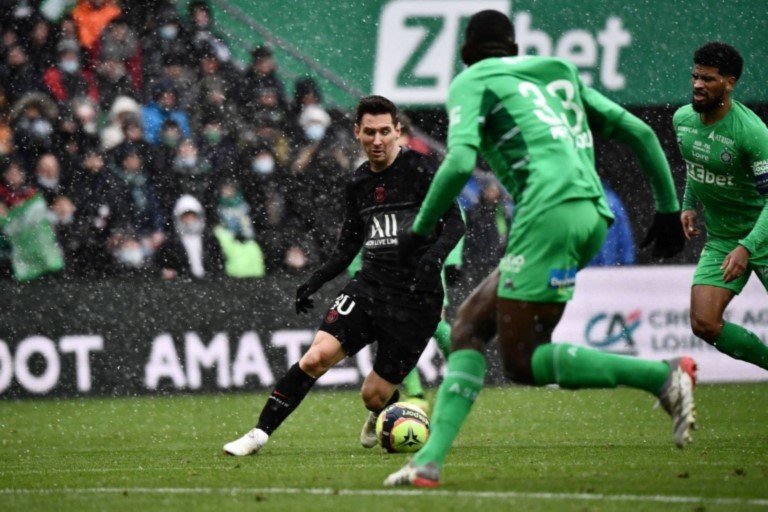 Paris St-Germain came from behind to beat 10-man Saint-Etienne and move 14 points clear at the top of Ligue 1.

After Neymar had an early finish ruled out for offside, Denis Bouanga gave St Etienne a 23rd-minute lead.

Timothee Kolodziejczak was sent-off for a foul on Kylian Mbappe and Marquinhos headed PSG level from the resulting free-kick before half-time.

Angel di Maria curled in with 11 minutes left and Marquinhos added a third for the visitors in added time.

Bouanga’s opener, confirmed by VAR after initially being flagged offside, was the 11th time Mauricio Pochettino’s PSG have conceded the opening goal in the league in 2021 – their highest tally in a calendar year since 2012.

That was despite a debut for former Real Madrid defender Sergio Ramos, making his first appearance for the club since his move in July.

Lionel Messi, who assisted all three of his side’s goals, spurned a glorious chance to put the visitors ahead midway through the second half when he shot wide after following up Neymar’s saved attempt.

But he made amends, producing an excellent pass with the outside of his boot to set up Di Maria before crossing for Marquinhos as PSG stretched their advantage after second-placed Nice lost 1-0 to Metz on Saturday.