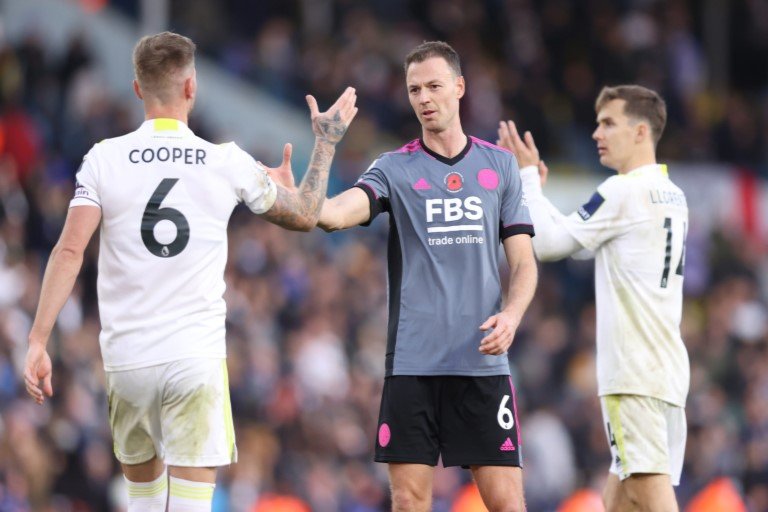 The video assistant referee ruled out a second-half Leicester goal as the Foxes shared the points with Leeds in an entertaining Premier League game at Elland Road.

Ademola Lookman thought he had poked home the winner midway through the second period, but was standing in an offside position when Jamie Vardy had flicked on a Youri Tielemans corner.

Leeds forward Raphinha had put his side deservedly in front in the 26th minute when his free-kick from out wide caught out Leicester keeper Kasper Schmeichel at his far post.

But Leicester responded seconds after the resulting kick-off with Barnes curling a stunner into the top corner from a tight angle.

Both sides had chances to win the game late on as Marcelo Bielsa’s team moved three points clear of the relegation zone, while Leicester stayed 12th.

Leicester have now gone four games without a win, leaving Brendon Rodgers’ side as far behind from West Ham in fourth as they are above Aston Villa in 17th.

They were fortunate not to have been at least a goal down at half-time with Leeds unable to convert the numerous first-half chances they created.

Leicester’s defending has been suspect on occasion this season; indeed this result ends a run of five straight league games where the Foxes have conceded at least twice.

But in attack they continued to look dangerous with Tielemans and defender Caglar Soyuncu going close to finding a winner in the second period.

Brazilian Raphinha continues to be a bright spark in a dim period for Leeds United.

The forward’s fifth strike of the season means he has now scored more than 45% of Leeds’ goals in the league this campaign.

Leeds boss Bielsa will be wishing the rest of his forwards were as prolific.

Winger Jack Harrison was unable to bundle home a corner from two yards out in the second half, a chance which looked easier to score than to miss.

Daniel James and Rodrigo also had late opportunities, both snatching at their chances, while the Whites had a penalty shout turned down after the ball appeared to strike Leicester defender Daniel Amartey on the arm in injury time.

Leeds have won just one of their past five matches and been victorious just once at home this season.