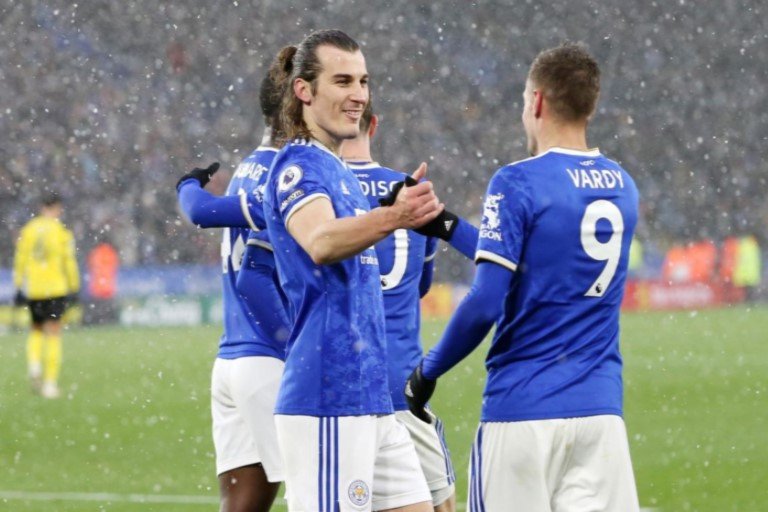 Ranieri was in the opponents’ dugout for the first time since guiding the Foxes to the 2015-16 Premier League title and received a great reception from the home fans.

But in a chaotic and thrilling game played in blizzard conditions, his current side played a big part in their downfall.

There looked to be no danger when Jonny Evans launched a free-kick forward, but William Ekong ducked under the ball, and that allowed James Maddison to fire the 16th-minute opener past Daniel Bachmann.

Watford was gifted a chance to equalise in the 30th minute when Wilfred Ndidi clumsily chopped down Emmanuel Dennis, and Joshua King fired his penalty into the top corner.

But the hosts retook the lead four minutes later with an unmarked Vardy glancing a header in from Maddison’s corner. The pair combined just before half-time, with Vardy lifting a fine finish for his second and Leicester’s third goal.

Dennis then dispossessed Timothy Castagne and calmly finished to make it 3-2 in the 61st minute. Still, the hosts quickly restored their two-goal advantage when Harvey Barnes set up Ademola Lookman for a close-range tap-in.

The victory takes Leicester from 13th into ninth, while Watford remains 16th, four points above the relegation zone.