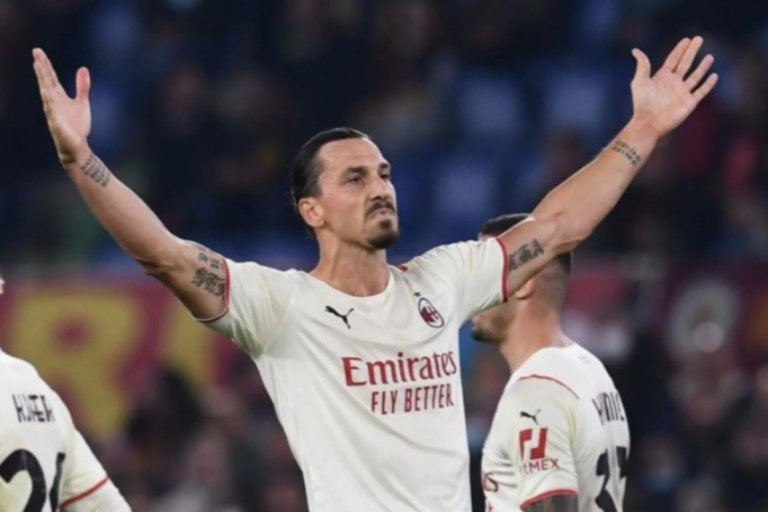 Zlatan Ibrahimovic scored his 400th league goal and won a penalty as AC Milan claimed a narrow victory over Roma in Serie A.

Ibrahimovic, 40, opened the scoring with a free-kick and Franck Kessie converted from the spot after Roma’s Roger Ibanez fouled the Swede.

Theo Hernandez was sent off for Milan, with Stephan El Shaarawy scoring in added time against his former club.

Zlatan Ibrahimovich has scored 400 league goals in his career

Earlier on Sunday, Napoli edged to a 1-0 win at struggling Salernitana and, like Milan, have won 10 of their first 11 games this term.