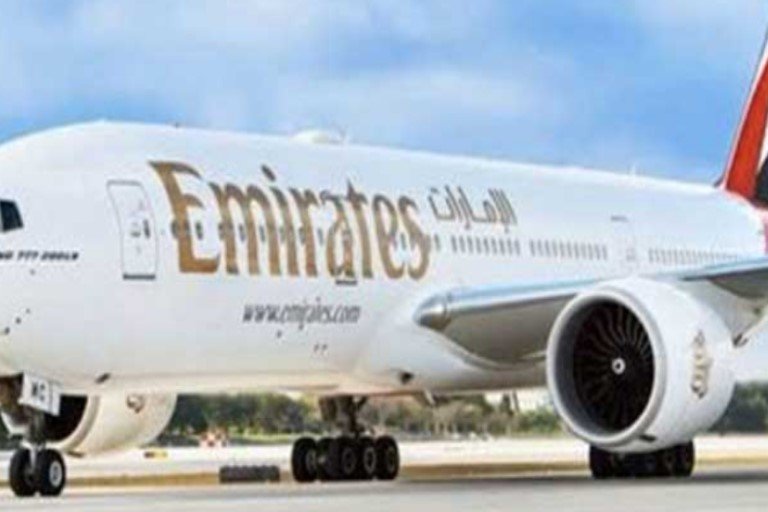 The Federal Government of Nigeria has overturned the suspension imposed on Emirates Airlines.

Hadi Sirika, the Minister of Aviation, disclosed this during a press conference on Friday. He said that the decision was taken after discussions with Emirates Airlines’ home country, the United Arab Emirates (UAE).

He also stated that the UAE had lifted all travel restrictions on Nigerians.

The FG had previously barred Emirates from flying into Nigeria due to the UAE’s discriminatory actions toward Nigerians about COVID-19 regulations. He did, however, reveal that the prohibition was lifted unconditionally.

“Today we received communication from UAE removing some of the conditions of travel of which we had concerns about. Having done so, we feel we should lift the ban on the suspension of Emirates Airlines.

“From today, all the impediments on Emirates have been lifted and that the airline can now operate in Nigeria,” he said.

Sirika extended his gratitude to Nigerians for their understanding despite the obvious challenges caused by the two countries’ feud.

The Minister of Foreign Affairs, Geoffrey Onyema, who was also present at the briefing where the announcement was made, stated that the Nigerian government recognizes that the United Arab Emirates has a responsibility to protect the lives of its citizens and that any measures taken were in the best interests of her citizens.

He stated that the negotiations that resulted in the reestablished connection were fair and that it was a win-win situation for both countries.

Following differences between the two countries, Nigeria and the United Arab Emirates, UAE had a diplomatic spat.

Direct flights between the two nations were halted in March due to COVID-19 protocol difficulties.

The Federal Government of Nigeria had previously banned Emirates Airline from subjecting Nigerian passengers to further rapid antigen tests at the Lagos and Abuja airports before departure, notwithstanding the UAE national carrier’s requirement for a negative PCR test.

Emirates then grounded flights to and from Nigeria due to a disagreement between the airline and aviation authorities about the validity of subjecting passengers flying from Nigeria to emergency COVID-19 processes.

Flights resumed following an engagement between the Aviation Ministry and Emirates Airlines. Still, Emirates airline continued to perform passenger testing before departure from Nigeria, which the Federal Government frowned upon and suspended the carrier from flying to and from Nigeria.