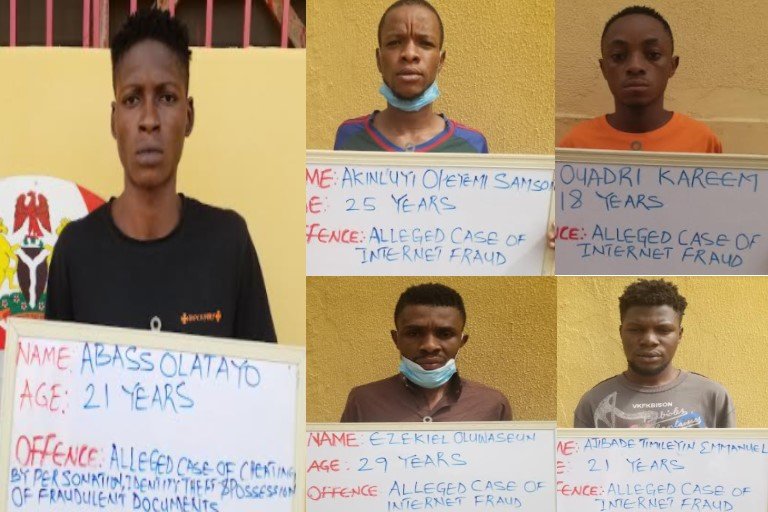 Akinluyi, a native of Ijan-Ekiti in Ekiti State was convicted alongside Ajibade Timileyin Emmanuel and Ezekiel Oluwaseun Temitope from Ado-Ekiti, Ekiti State. Also convicted were Abbas Olatayo Ojo from Igbeti, Oyo State and one Kareem Quadri.

The convicts were prosecuted on separate charges by the Ilorin Zonal Command of the Economic and Financial Crimes Commission, EFCC before different Justices of both the Federal High Court and Kwara State High Court in Ilorin.

Upon arraignment, the defendants pleaded guilty to the charge preferred against each of them.

In his judgment, Justice Sani sentenced the trio of Akinluyi, Emmanuel and Oluwaseun to six months imprisonment each with an option of fine of N200, 000 (Two Hundred Thousand Naira Only) each. The judge also ordered the forfeiture of the convicts’ phones and laptops, which were used to perpetrate the crime and the restitution of their various victims.

Justice Akinpelu also ordered the forfeiture of the convicts’ phones, which were used to perpetrate the crime to the Federal Government as well as the restitution of their various victims.