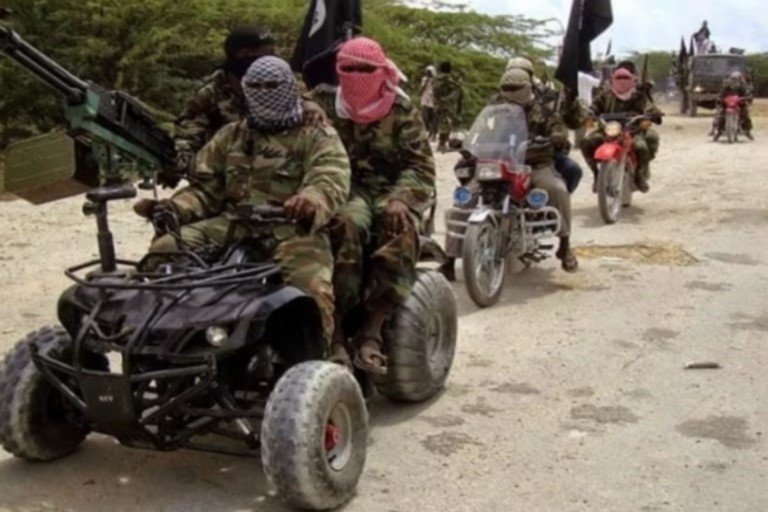 An unknown number of travellers have been kidnapped by bandits during an attack on the Abuja-Kaduna expressway on Sunday afternoon.

It was gathered that the victims were waylaid by the bandits at about 2 pm.

The assailants who reportedly blocked the road at Katari village operated for over an hour before whisking their victims away to an unknown location.

Some motorists told newsmen that they had to turn back after hearing sounds of sporadic gunshots.

Other motorists parked kilometres parked far away from the scene.

Travellers resumed their journey after vehicular movement was restored on the other side of the highway.

“Many travellers must have been kidnapped or escaped into the bush.

“We saw at least fifteen cars parked and empty when we passed the scene of the attack,” a witness said.

The attack is yet to be confirmed by the spokesman of the Police, Mohammed Jalige.

Chronicle NG reported how Senator Sani escaped death after an attack by bandits/terrorists on an Abuja-Kaduna train.

Sani revealed that the Kaduna-Abuja train in which he was travelling, ran into a segment of the tracks destroyed intentionally by terrorists on Wednesday.

According to the former lawmaker, the assailants opened fire on the engine driver and tank of the train.

The passengers miraculously escaped, he added.

“Yesterday, terrorists attacked the Kaduna-Abuja railway with an explosive and opened fire on the train, targeting the engine driver and the tank.

“This morning, I was on board when our train ran over another explosive damaged rail track. It took a miracle for us to escape,” Sani tweeted.

Many killed as vehicle rams into christmas parade in US

Police crush over 400 motorcycles in Lagos