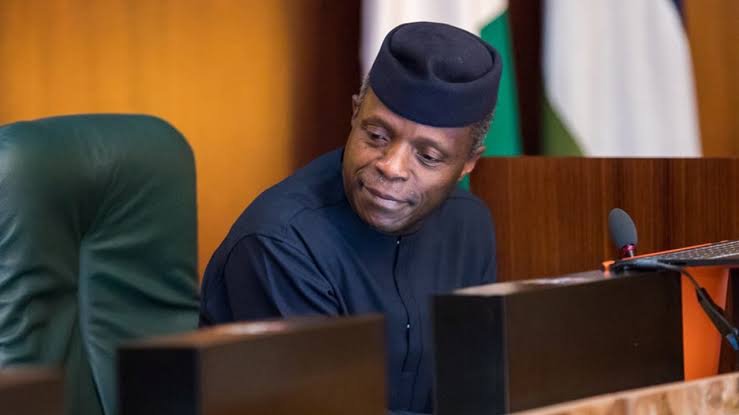 Some sources close to the negotiations between the Federal Government and Twitter have revealed that Vice President Yemi Osinbajo is working behind the scene to ensure that Twitter ban is lifted.

According to one of the sources, the Vice President’s argument is that Twitter is a platform that is useful to many small and medium scale businesses, which he champions.

“The Vice President’s argument is that the Twitter ban is hurting small businesses and other citizens who make their livelihood on the social media platform.

“It is for this reason that he is pushing that the ban be called off while negotiations between the two parties continue as they seek to find a resolution,” the source said.

Another source noted that the Vice President can only do a little because the President has designated specific persons to handle the issue.

“The President has the final say on this matter and he has picked competent people to look into the issue.

Another person privy to the negotitations said the government was acting in the best interest of citizens.

“President Buhari is doing anything to protect Nigerians against internal and external threat and that was why the ban was necessary.

According to the Minister of Information and Culture, Lai Mohammed, the Nigerian government is closer to a resolution on the ban.