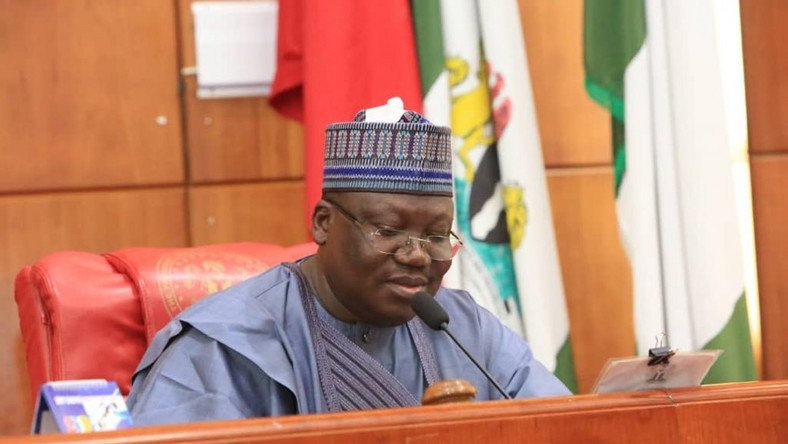 This was just as the chamber commended the oil company for providing some monetary compensation to the affected community as consolation for the hardship caused by the spill.

The call by the upper chamber was contained in recommendations adopted by the Senate after it considered a report by the Committee on Ethics, Privileges and Public Petitions over the alleged failure by Agip Oil Company to pay compensation to the community affected by crude oil spillage.

Chairman of the Committee, Patrick Akinyelure, in his presentation, said the panel received a petition from Dunobene Perekeme on behalf of Ogboinbiri community.

According to him, the Committee in its findings observed that the incident of oil spill occurred on June 5, 2021, during the nationwide lockdown, and was reported to the relevant government regulatory agencies.

He noted that the impact of the oil spill had grossly affected the means of livelihood of residents of Ogboinbiri community who were predominantly fishermen, lumbers and farmers.

Akinyelure, disclosed that the clean-up of the affected area was done without the participation of the host community to ascertain whether or not the claim of third party inference by the Nigerian Agip Oil Company Limited (NAOC) was the cause of the spill.

The petitioner, Dunobene Perekeme, in his petition to the Committee, requested NAOC to ensure proper clean-up and remediation on the environment without delay.

He also requested that relief materials be provided to the victims of the crude oil spill to cushion the effect of loss of livelihood by the polluter (NAOC).

Perekeme, while reeling out a list of demands, requested that a total of N3.5 billion naira be paid as specific and general damages for the claimants whose properties, means of livelihood and health were impacted by the spill.

Out of the total sum, he explained that N500 million naira was for compensation to all claimants as damages to their properties.

In addition, he noted that N20 million naira would be paid to each claimant as damages for their health, bringing the total amount to N2.02 billion naira on health claims.

He said the sum of N1 billion naira on the other hand was intended for general damages to the claimants for loss of livelihood to ameliorate their suffering.

Meanwhile, the Senate on Wednesday commended the Managing Director and Chief Executive Officer of the Federal Mortgage Bank of Nigeria for tempering justice with mercy and reabsorbing Olubukola Enaohwo who appointment was terminated on May 2, 2019.

The intervention by the Senate followed a petition received from Olubukola Enaohwo against FMBN for alleged unjustified termination of her appointment.

The panel observed that though the petitioner’s employment was temporary, her employer’s (FMBN) decision to terminate same was not justified given that she (Olubukola) had spent eight years of her life in service.

In a related development, the chamber has urged the Nigerian Institute of Science and Laboratory Technology (NISLT) to forthwith, release the original copy of the appointment letter it withdrew from Mr. Franklin Onyebuchi Ekpe, following a petition received from the latter.

It also directed that the petitioner (Ekpe) be documented and absorbed without delay into the service of the Institute with effect from February, 2019; and all salaries and entitlements accrued to him over the period duly paid.