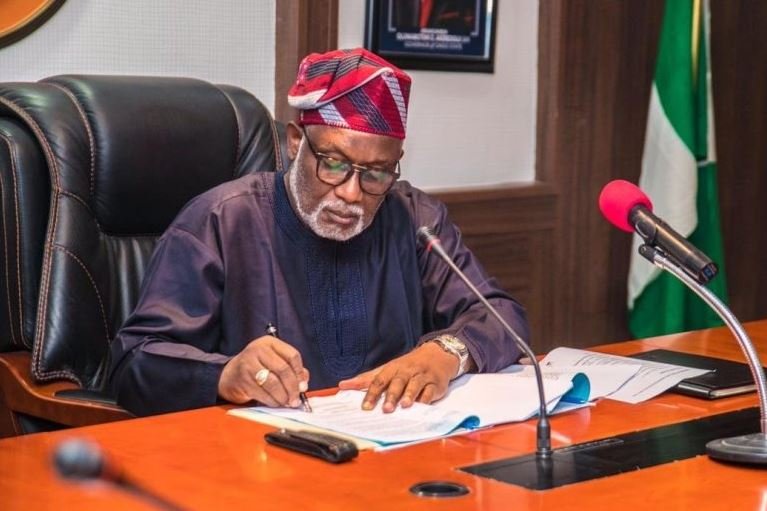 Governor Oluwarotimi Akeredolu of Ondo State has made his son Babajide Akeredolu, the Director-General of the state’s Performance and Project Implementation Monitoring Unit (PPIMU).

Babajide’s appointment was announced in a statement by the Commissioner for Information and Orientation in Ondo, Donald Ojogo.

According to Ojogo, Akeredolu nominated 14 new commissioners-designate and seven special advisers to join his cabinet.

“The names of the nominees, especially the position of commissioner, will be forwarded to the House of Assembly for screening, clearance and confirmation,” said Ojogo.

“All nominated/appointed persons will be sworn in at a date to be announced later after the necessary legislative processes. Mr Governor wishes all nominated persons the best of luck.”

Four dead as another building collapses in Badgry, Lagos