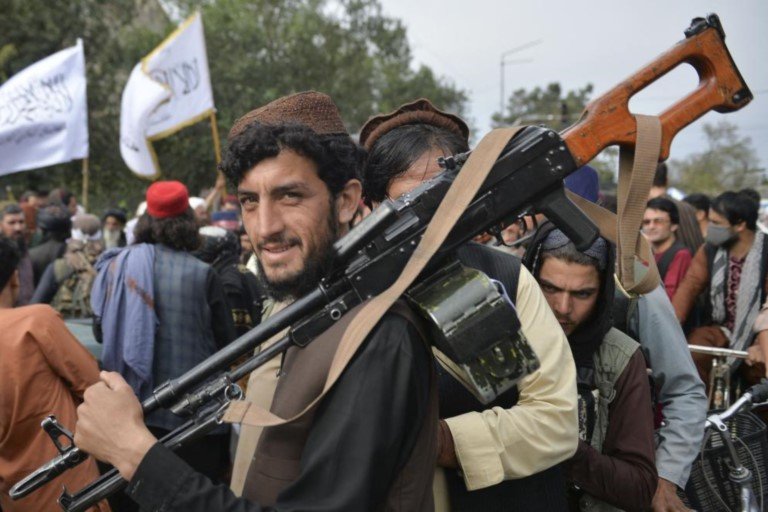 The Taliban praised suicide bombers who died during the war against the former government and its Western allies and offered their families sums of cash and promises of land, the movement’s interior ministry said in a statement.

Sirajuddin Haqqani, the acting interior minister who has a $10 million U.S. bounty on his head as a “specially designated global terrorist”, met the families at a ceremony at the Intercontinental Hotel in Kabul, which was itself targeted by suicide bombers in 2018.

Official photographs of the meeting on Tuesday obscured his face.

“In his speech, the minister praised the Jihad and sacrifices of the martyrs and Mujahidin and called them heroes of Islam and the country,” the ministry said in a statement on Twitter.

Families of the suicide bombers were given clothing, 10,000 afghani ($111) and promised plots of land, spokesman Qari Sayeed Khosti said.

Haqqani took over from his father Jalaluddin Haqqani as head of the Haqqani network, a militant group affiliated with the Taliban that was blamed by Western intelligence services for some of the bloodiest suicide attacks of the war.

He is wanted for questioning by the FBI in connection with an attack on another hotel in Kabul in 2008 in which six people including an American citizen were killed.

Following the Taliban’s victory over the Western-backed government which collapsed in August, Islamic State militants have carried out a series of suicide bombings against mosques and other targets, killing hundreds of civilians.