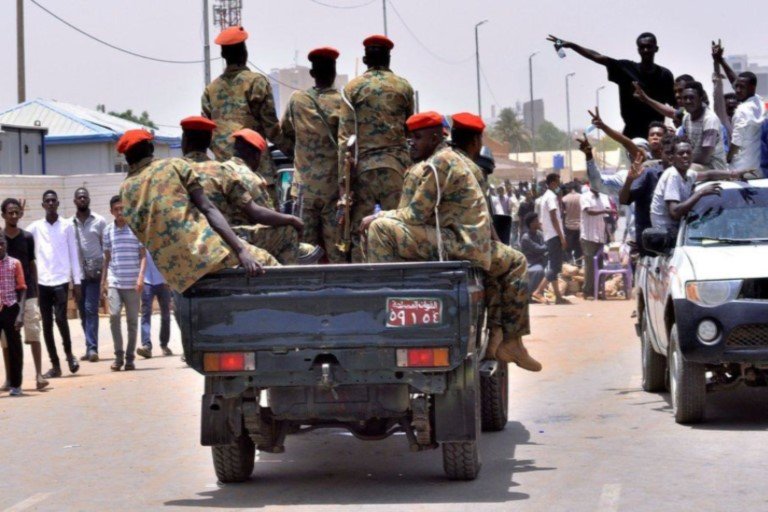 Sudan’s military seized power from a transitional government on Monday and a health ministry official said seven people were killed by gunfire and 140 injured in clashes between soldiers and street protesters.

The leader of the takeover, General Abdel Fattah al-Burhan, dissolved the military-civilian Sovereign Council that had been established to guide the country to democracy following the overthrow of long-ruling autocrat Omar al-Bashir in a popular uprising two years ago.

Burhan announced a state of emergency, saying the armed forces needed to protect safety and security. He promised to hold elections in July 2023 and hand over to an elected civilian government then.

“What the country is going through now is a real threat and danger to the dreams of the youth and the hopes of the nation,” he said.

The Sudan information ministry, which is still loyal to ousted Prime Minister Abdalla Hamdok, said on its Facebook page that the transitional constitution gives only the prime minister the right to declare a state of emergency and that the military’s actions are a crime. Hamdok is still the legitimate transitional authority, it said.

The U.N. Security Council was likely to discuss Sudan behind closed doors on Tuesday, diplomats said.

White House spokesperson Karine Jean-Pierre said: “We reject the actions by the military and call for the immediate release of the prime minister and others who have been placed under house arrest.”

Youths opposed to the coup barricaded streets and clashed with troops. The main opposition coalition, Forces of Freedom and Change, which pushed for Bashir’s removal and negotiated the military-civilian council, said on Twitter it was calling for peaceful actions in the streets to overthrow the military takeover, including demonstrations, the blocking of streets and civil disobedience.

Hamdok, an economist and former senior U.N. official, was detained and taken to an undisclosed location after refusing to issue a statement in support of the takeover, the information ministry said.

The ministry urged resistance and said tens of thousands of people opposed to the takeover had taken to the streets and had faced gunfire near the military headquarters in Khartoum. Central bank employees announced a strike to reject the coup, the ministry said.

Troops had arrested civilian members of the Sovereign Council and government figures, the ministry said. Also detained was the news director of state TV, his family said.

The U.S. State Department said Washington had nothing to share on Hamdok’s whereabouts and condition. A department spokesman said it was pausing $700 million in economic support for Sudan.

“Burhan cannot deceive us. This is a military coup,” said a young man who gave his name as Saleh.

Sudan has been ruled for most of its post-colonial history by military leaders who seized power in coups. It had become a pariah to the West and was on a U.S. terrorism list under Bashir, who hosted Osama bin Laden in the 1990s and is wanted by the International Criminal Court in the Hague for war crimes.

The country had been on edge since last month when a failed coup plot, blamed on Bashir supporters, unleashed recriminations between the military and civilians. read more

In recent weeks a coalition of rebel groups and political parties aligned themselves with the military and called on it to dissolve the civilian government, while Cabinet ministers took part in protests against the prospect of military rule.

Sudan is also in an economic crisis. Helped by foreign aid, civilian officials have claimed credit for some tentative signs of stabilisation after a sharp devaluation of the currency and the lifting of fuel subsidies.

Washington had tried to avert the collapse of the power-sharing agreement by sending a special envoy, Jeffrey Feltman. The director of Hamdok’s office, Adam Hereika, told Reuters the military had mounted the takeover despite “positive movements” towards an agreement after meetings with Feltman in recent days.

The military had been meant to pass on leadership of the Sovereign Council to a civilian figure in the coming months. But transitional authorities had struggled to move forward on issues including whether to hand Bashir over to the Hague.

Burhan said it was incumbent on the armed forces to act to halt “incitement to chaos and violence”.

Britain called the coup an unacceptable betrayal of the Sudanese people. France called for the immediate release of Hamdok and other civilian leaders. Egypt called on all parties to exercise self-restraint.

The Sudanese Professionals Association, an activist coalition in the uprising against Bashir, called for a strike.

Two main political parties, the Umma and the Sudanese Congress, condemned what they called a coup and campaign of arrests.