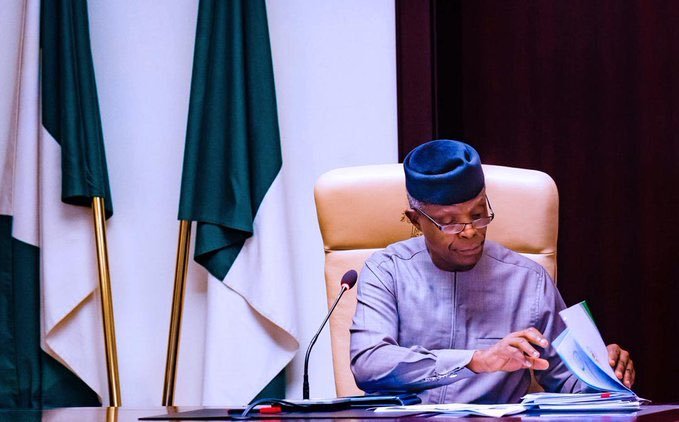 Vice President Osinbajo would be representing the President on Friday at a series of meetings hosted by the United Nations ahead of the UN Climate Change Conference-a.k.a COP 26, holding later this month from October 31-November 12 in Glassgow, Scotland in the United Kingdom.

The meetings to be held in London on Friday October 8, will focus on the issues around a just and equitable Energy Transition towards the attainment of the global target of Net-Zero emissions by 2050.

It would be recalled that the Vice President, Prof. Osinbajo who had spoken earlier at the UN High-Level Dialogue on Energy has been articulating the Federal Government’s view that as the international community proceeds towards the Net-Zero emissions target, there is the need to ensure that the transition is just and equitable taking into consideration the situation of developing nations like Nigeria who will still depend on gas projects in the period of the transition.

The Vice President leaves for the United Kingdom today from Abuja.