Kane comes off the bench to score hattrick for Spurs
Advertisement 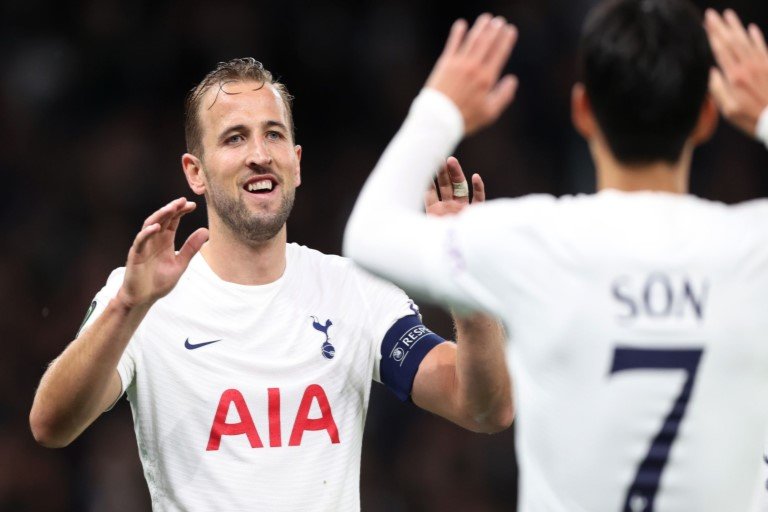 Harry Kane came off the bench to score a 20-minute hat-trick as Tottenham recorded their first Europa Conference League win with victory over NS Mura.

He is the first Spurs player to score a hat-trick as a substitute since Ronny Rosenthal v Southampton in the FA Cup in March 1995.

After a mixed start to the season, including a draw in their Group G opener against Rennes, Spurs dominated the first half against the Slovenian side after scoring two early goals.

Alli opened the scoring on four minutes, drilling his penalty into the bottom-left corner after he was fouled by goalkeeper Matko Obradovic.

Giovani lo Celso added a second six minutes later, collecting Harry Winks’ pass before driving the ball into the roof of the net.

The visitors had only 32% possession and no shots on target in the first half, but pulled a goal back eight minutes after the restart through a brilliant Ziga Kous volley.

As the visitors grew into the game Nuno was forced to turn to his bench, bringing on Kane, Son Heung-Min and Lucas Moura on 60 minutes.

It did not take long for the substitutes to have an impact as Kane linked up with Moura for his first goal and Son for his second, before side-footing past Obradovic for his 16th career hat-trick.

Nuno was expected rotate his squad with another quick turnaround before Sunday’s Premier League game against Aston Villa.

Before Thursday’s match, the Portuguese said Mura would be a “tough opponent” and the Slovenian champions, who are fifth in the 10-team division this year, gave Spurs a scare in the second half.

It was a missed opportunity for some of Spurs’ fringe players and Mura were on top after the break.

The hosts looked shaky after conceding that brilliant Kous volley, leaving Nuno with no choice but to bring on Kane, Son and Moura to swing the momentum back into Spurs’ favour.

Less than 10 minutes after the trio’s introduction, England striker Kane latched on to a perfect cross from Moura before finding the far corner.

Kane’s second came eight minutes later, firing home with his first touch from close range after a brilliant run by Son down the left.

He added a third three minutes from time with a clever run in between the Mura defence before controlling Lo Celso’s through ball and side-footing past the keeper.

The 28-year-old is the first player to score a hat-trick in the Champions League, Europa League and Europa Conference League.

Victory leaves Spurs top of Group G on goal difference, level on points with French side Rennes who came from behind to beat Dutch side Vitesse.