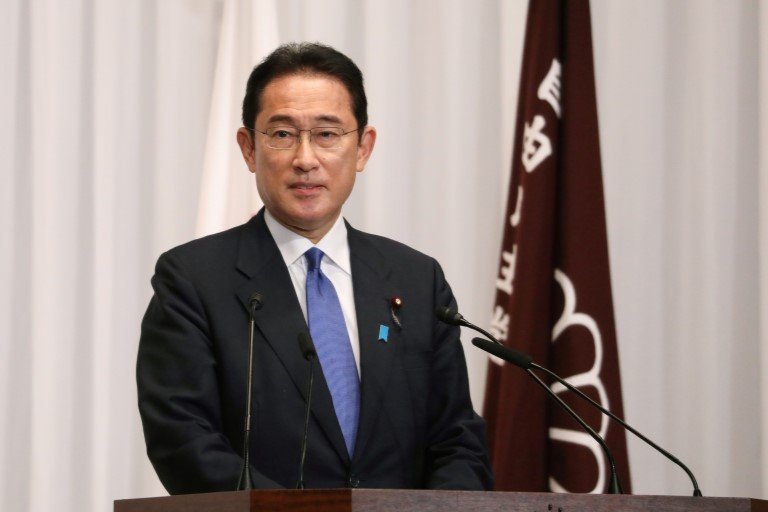 Japan’s parliament on Monday voted Fumio Kishida the country’s next prime minister, with the new leader expected to announce a cabinet including both holdovers and fresh faces.

He easily won a vote Monday in parliament’s lower house, where the LDP’s ruling coalition holds a commanding majority, taking 311 votes to the 124 for opposition leader Yukio Edano.

Kishida bowed to his fellow lawmakers after the vote, but did not immediately speak. Earlier, he told reporters he was ready for the top job.

“I think it will be a new start in its true sense,” he said.

“I want to take on challenges with a strong will and firm resolve to face the future.”

Kishida is widely considered a safe pair of hands, who commands support from his own faction within the LDP and is not expected to veer significantly from the government’s existing policies.

His election came after former prime minister Yoshihide Suga, who submitted his resignation on Monday morning, announced he would not stand for the LDP leadership after just one year in office.

Kishida will unveil his new cabinet shortly, but details reported in local media suggested he would keep on several ministers in key portfolios.

Motegi is a Harvard-educated political veteran who has taken the lead in negotiating key trade deals, while Kishi is the brother of former prime minister Shinzo Abe.

The finance portfolio will go to Shunichi Suzuki, who is replacing his own brother-in-law Taro Aso.

Suzuki, 68, is also a veteran politician and the son of a former prime minister. He has served in government before, holding both the Olympic minister and environment minister posts.

The cabinet will reportedly include three women, among them his one-time rival for the leadership Seiko Noda, who will become minister in charge of addressing Japan’s declining birthrate.

The posts of vaccine minister and digital minister will also be held by women, with several members of the cabinet appointed to their first ministerial post.

“It’s the kind of cabinet formation that reflects Kishida, who works not to make enemies.”

He faces a raft of challenges, from trying to steer a post-pandemic economic recovery to confronting the military threats posed by North Korea and China.

He will also be leading the LDP in general elections that must happen by November.

Local media reported Monday that Kishida is now expected to hold the vote on October 31, a few weeks earlier than expected.

The ruling party and its coalition party are widely expected to retain power, but could be vulnerable to losing some seats with the public unhappy about the government’s response to the coronavirus.

Suga’s government saw its approval ratings slump as it struggled to tackle waves of infection, including a record virus spike over the summer while the Olympics were being held.

Kishida’s leadership campaign emphasised his plans to correct government missteps on the pandemic, including a pledge to unleash new economic stimulus.

Much of Japan has been under virus emergency measures for a large part of the year, with the restrictions finally lifting last week as new infections decline.

Around 60 percent of the population is now vaccinated, but there are concerns that the country’s healthcare system could easily become overwhelmed again in a new virus wave.