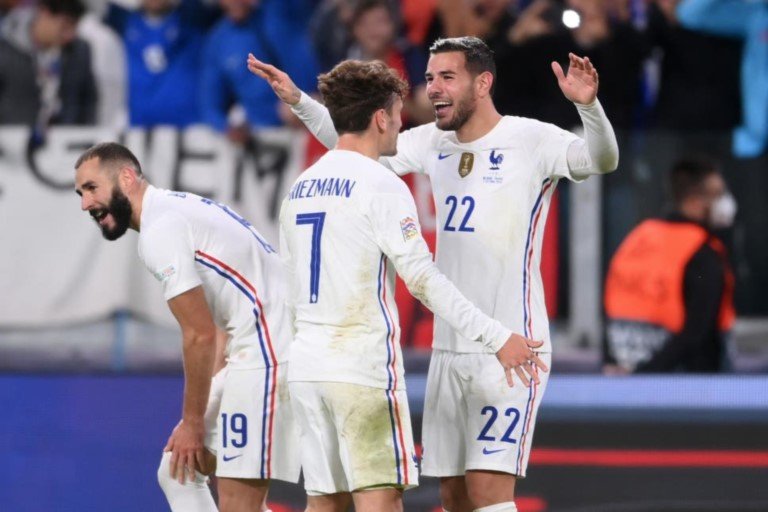 Theo Hernandez’s 90th minute winner capped off a stunning second-half comeback from France, who came back from 2-0 down at the break to beat Belgium and reach Sunday’s Nations League final with Spain.

Thursday’s semi-final in Turin got off to a terrible start for under-fire boss Didier Deschamps, with Belgium racing into a 2-0 half-time lead through goals from Yannick Carrasco and Romelu Lukaku.

But France looked a completely different outfit after the break, with Karim Benzema pulling one back before Kylian Mbappe crashed home a VAR-awarded penalty after Youri Tielemans fouled Antoine Griezmann.

On 87 minutes, Lukaku thought he had won the game for Belgium when he tapped home but VAR ruled his effort out for offside. And the drama was not done as Hernandez hit home from the edge of the box as the clock ticked into 90 to seal the comeback.