Family of three suspected to be informants lynched in Kaduna
Advertisement 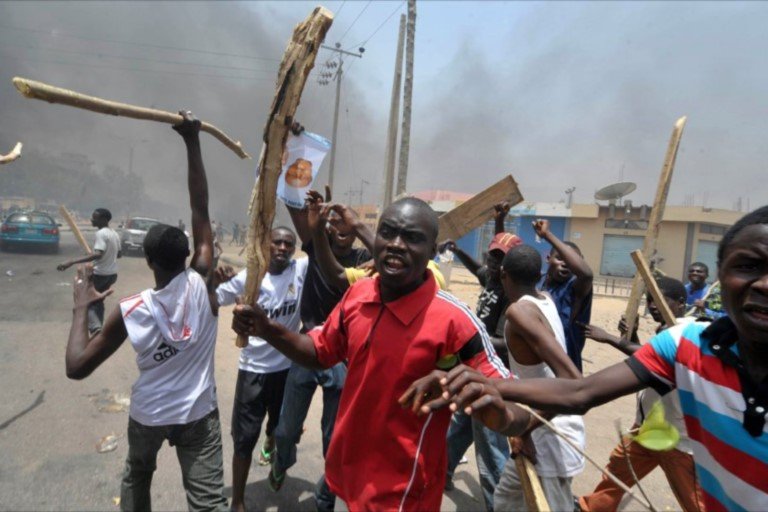 An angry mob has lynched a family suspected to be bandit informants in Zangon Aya community in Igabi Local Government Area of Kaduna State.

The victims who were killed were identified as Abdullahi Mohammed Gobirawa, his wife Binta Abdullahi and his son Hassan Abdullahi.

The incident was confirmed by the State Commissioner for Internal Security and Home Affairs, Samuel Aruwan, who revealed that the victims were lynched on Monday afternoon.

According to Aruwan, the angry mob stormed the home of the deceased suspected to be informants to bandits who have terrorised the community repeatedly.

After killing the three family members, the mob also looted their property before setting their house ablaze.

Upon receiving the report, Governor Nasir El-Rufai expressed sadness over the lynching of the victims, while strongly condemning the extra-judicial killings.

He stressed that lawful means alone should be adopted in confronting suspicions of criminality, as the destructive practice of self-help would only result in greater harm.

The Governor, therefore, directed security agencies to conduct thorough investigations into the incident and urged citizens to maintain order.

He also cautioned against stereotyping of any sort and appealed for consistent recourse to the constituted agencies.

Related Topics:BanditryIgabiInsecurityKadunaMobTerrorismZangon Aya
Up Next