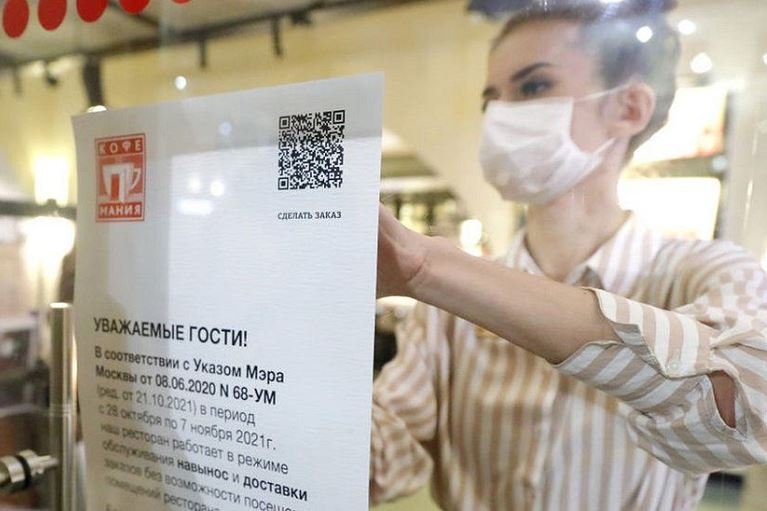 Shops, restaurants and schools have shut in Moscow in a partial lockdown, as Russia battles record Covid deaths and infections.

Only essential shops like supermarkets and pharmacies are allowed to open in the capital, while food outlets are only providing takeaways.

Authorities have also given workers across Russia nine days off from Saturday in a bid to curb infections.

Russia has reported a record 1,159 deaths from Covid in the past 24 hours.

The official data also reveals 40,096 new infections in 85 regions of Russia – another record. Russia’s last major lockdown was in May-June 2020.

Last October however the state statistics agency Rosstat calculated the Russian Covid death toll to be above 400,000 – far higher than the government figures.

The proportion of Russia’s population fully vaccinated remains low – on 23 October it was 32.8%, Our World in Data reports. Most European countries have much higher rates.

Despite an intensive state vaccination drive, many Russians remain suspicious of the Sputnik V vaccine, which is internationally recognised as an effective shield against Covid.

Faced with this partial lockdown between 30 October and 9 November, many Russians have decided to go on holiday. Resort hotels in Egypt – a popular destination for Russians – are reported to be fully booked, and Russian flights to Egypt are sold out.

The Russian news service Vesti reports some panic-buying because of the new restrictions. There has been a rush on meat and fish at the central market in Orenburg, a city in the Urals east of Moscow.