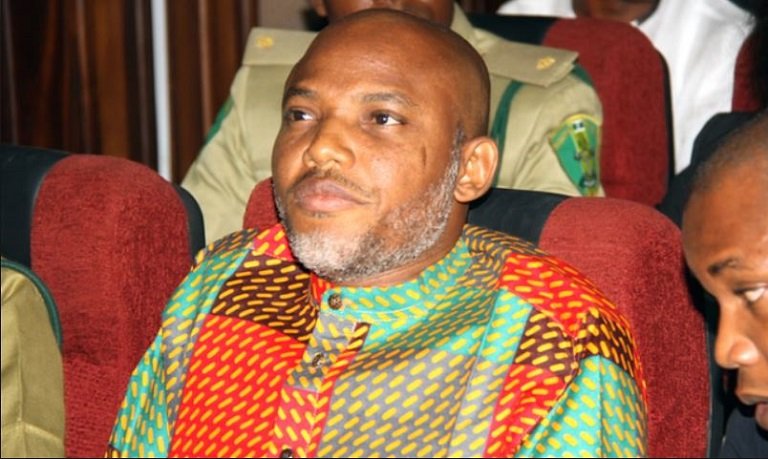 The proscribed Indigenous People of Biafra (IPOB), has declared a five-day sit-at-home in all states in South East of Nigeria from 5th to 10th of November to compel the federal government to release their leader, Nnamdi Kanu.

The sit-at-home order could cause a set back to the Anambra state governorship election which was fixed for 6th November, 2021 by the Independent National Electoral Commission, INEC.

IPOB in a statement issued by its media and publicity secretary, Emma Power said “following the adjournment of Mazi Nnamdi Kanu’s court case to 10th of November 2021, by the Federal High Court Abuja, it demanded all lovers of Biafra and Biafrans to sit at home from 5 to 10 November to ensure that their leader is released.

“We the great movement and family of the Indigenous People of Biafra (IPOB), wish to inform Biafrans, friends of Biafra and lovers of freedom that IPOB will lock down Biafra land from 5th of November to 10th of November except Sunday, November 7th, a day our people worship the Almighty God, Chukwu Okike Abiama, if the Nigeria Government fails to release our leader unconditionally before 4th of November 2021” he stated.

IPOB said its leader Nnamdi Kanu must be released unconditionally on or before November 4, 2021 “because he has not committed any offense known to any law.

According to the group, “failure to release Nnamdi KANU on or before November 4, 2021 there will be one week Sit-At-Home beginning on November 5, 2021 till November 10.”

Daily Trust reports that, Kanu, who is the leader of the proscribed group was arraigned at the Federal High Court, Abuja during the week on charges of treasonable felony and terrorism.

The fresh seven-count charges against Kanu followed his arrest and extradition from Kenya after he allegedly jumped bail.

Kanu however pleaded not guilty to the allegations.

The presiding judge, Justice Binta Nyako, however, refused an application by Kanu’s lawyers to transfer him to the Nigerian Correctional Service and instead remanded him in the DSS custody, citing security reasons.

Before adjourning till November 10 for hearing of the preliminary objection, the judge ordered the DSS to grant his family access to him.