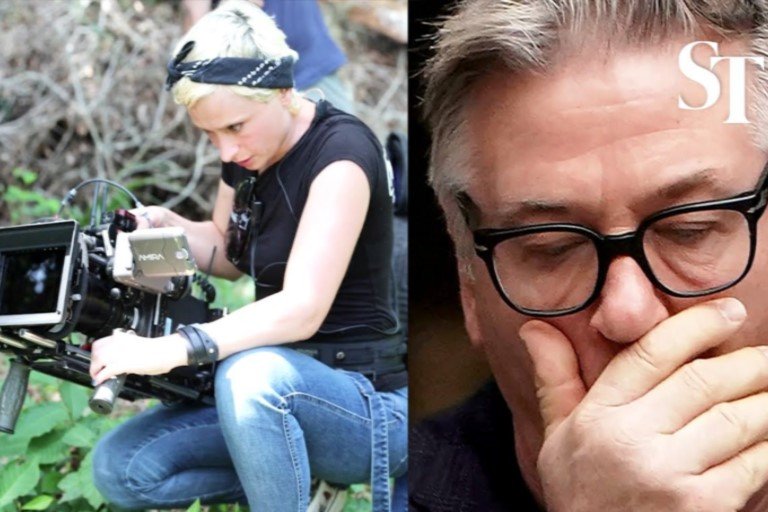 Alec Baldwin was drawing a revolver across his body and pointing it at a camera during rehearsal on the set of “Rust” when the weapon fired and struck the cinematographer in the chest, according to an affidavit released on Sunday.

The affidavit provided additional details about Thursday’s accidental shooting in New Mexico that killed 42-year-old Halyna Hutchins and wounded director Joel Souza. Baldwin had been handed the prop gun and told it was unloaded, authorities in Santa Fe have said in court documents.

“Joel stated that they had Alec sitting in a pew in a church building setting, and he was practicing a cross draw. Joel said he was looking over the shoulder of (Hutchins), when he heard what sounded like a whip and then loud pop,” the affidavit read.

Hutchins was shot in the chest area, the document said.

“Joel then vaguely remembers (Hutchins) complaining about her stomach and grabbing her midsection. Joel also said (Hutchins) began to stumble backwards and she was assisted to the ground,” the affidavit adds.

Hutchins said she could not feel her legs, Reid Russel, a cameraman who was standing next to her at the time of the shooting, told officials.

A distraught Baldwin, 63, was photographed on Saturday outside a hotel in Santa Fe embracing and talking with Matt Hutchins, the husband of Halyna Hutchins, and their nine-year-old son.

In a statement read to a candlelight vigil on Saturday, Hutchins called his wife’s death “an enormous loss.”

No one has been charged in the fatal incident during a rehearsal on Thursday at the Bonanza Creek Ranch outside Santa Fe as the sheriff’s office continues its investigation.

Multiple media and social media reports have raised concerns about safety protocols on the set of the low-budget movie. Both Souza and Russel described a walk-out by a camera crew before the accident.

“Reid stated that the camera crew was having issues with production involving payment and housing,” the affidavit reads, adding that Russel had said six individuals had walked out.

Serge Svetnoy, chief electrician for “Rust”, said in a Facebook post on Sunday that he had held Hutchins his arms while she was dying and blamed “negligence and unprofessionalism” for her death.

Reuters could not verify the report and police in Santa Fe did not respond to inquiries on Sunday.

According to the Los Angeles Times, more than a week ago Baldwin’s stunt double accidentally fired two rounds from a prop firearm after being told it was “cold”, an industry term meaning a weapon is not loaded with ammunition, including blanks.

Rust Movie Productions said last week that although they “were not made aware of any official complaints concerning weapon or prop safety on set, we will be conducting an internal review of our procedures while production is shut down.”

According to court documents, the prop gun was handed to Baldwin by the film’s assistant director, Dave Halls, who has more than 20 years’ experience in the business.

Halls did not respond to requests for comment on Sunday. Also involved in the sheriff’s probe is the movie’s chief armorer, Hannah Gutierrez. She could not be reached for comment.

About 200 people took part in the vigil for Hutchins in Albuquerque on Saturday. While organizers emphasized that the event was to honor Hutchins’ memory, rather than focus on her death, some in the crowd held signs that read “Safety on Set.”

A second vigil was held on Sunday in the Los Angeles area, where a few hundred people mourned in a private parking lot, according to a Reuters photographer.