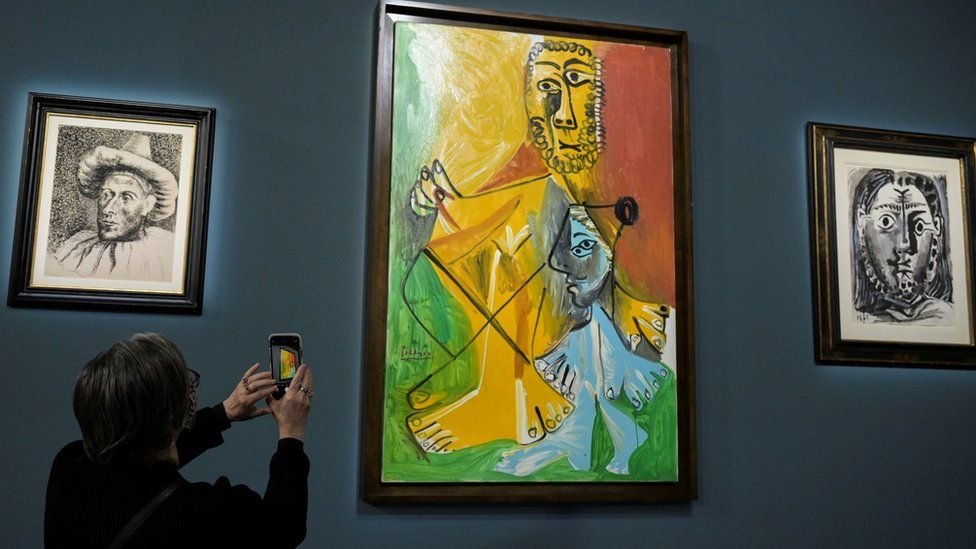 Eleven Pablo Picasso artworks that have been on display at a Las Vegas hotel for more than two decades have sold at auction for nearly $110m (£80m).

The works, which were owned by MGM Resorts, featured in the Picasso Restaurant at the Bellagio Hotel.

But the company said Saturday’s auction would help it improve the diversity of its fine art collection.

The auction featured nine paintings and two ceramic pieces by the Spanish artist, who died in 1973.

The collection spans more than 50 years of artistic output.

The 1938 painting Woman in a Red-Orange Beret, which features Picasso’s lover and muse Marie-Thérèse Walter, fetched the highest price of the evening at $40.5m.

It had initially been expected to sell for between $20m and $30m.

“At nearly 2m (6.5ft) tall, the 1959 work is a hugely impressive example of Picasso’s achievements during this important stage in his career,” the auction house, Sotheby’s, said.

Also included in the sale were Nature Morte au Panier de Fruits et aux Fleurs (Still life with fruit basket and flowers), which was painted by Picasso during the Nazi occupation of Paris in 1942. It sold for $16.6m.

“Despite the destruction and hardship of World War Two, the years between 1940-44 resulted in one of Picasso’s richest periods,” Sotheby’s said.

The collection was started more than 20 years ago by the American casino mogul Steve Wynn, the former owner of the Bellagio Hotel.

The sale was part of an effort by the hotel to add more works by women, minority artists and those from emerging countries to the collection.

The names of the buyers have not been revealed.