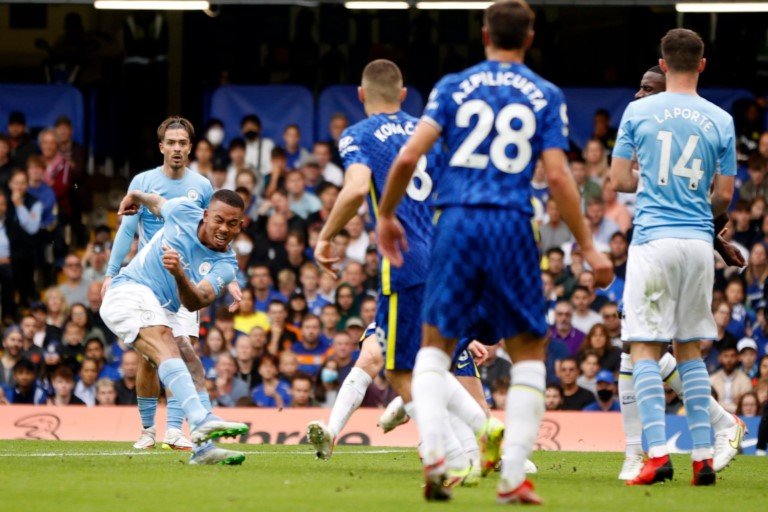 Manchester City produced an impressive display to end Chelsea’s unbeaten start to the season with a deserved victory at Stamford Bridge.

In the meeting between two sides fully expected to fight it out for this season’s Premier League title, the reigning champions dominated against a strangely passive and conservative Chelsea.

Gabriel Jesus settled a tight affair when his 53rd-minute effort took a touch off Jorginho to beat Chelsea keeper Edouard Mendy – but few could question City’s right to the win against the team who beat them in last May’s Champions League final, and the victory margin should have been far more emphatic.

Jesus almost added a second when Thiago Silva cleared his effort off the line while Aymeric Laporte should have scored but somehow slid a shot wide from inside the six-yard box.

It was the perfect start to a crucial week for City and manager Pep Guardiola as they prepare to visit Paris St-Germain in the Champions League this week then take on Liverpool at Anfield next Sunday.