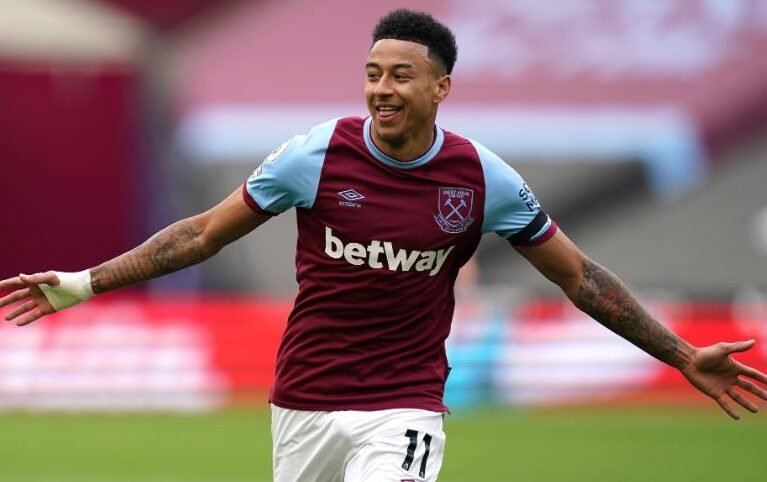 England midfielder Jesse Lingard, 28, turned down the chance to join West Ham on a permanent basis following last season’s loan spell at the Hammers in order to fight for his place at Manchester United. (90Min)

Real Madrid prepared seven contracts to negotiate with Kylian Mbappe as they aimed to sign the France forward before the transfer deadline, but the Spanish giants are optimistic the 22-year-old will choose to join them from Paris St-Germain in 2022. (Sport – in Spanish)

Mbappe’s failure to agree a move from PSG this summer saw his junior club AS Bondy miss out on a compensation fee of more than 2m euros (£1.7m). (L’Equipe – in French)

Wolves want to make Spain winger Adama Traore, 25, their highest-paid player with a new £120,000-a-week deal to fend off interest from Tottenham and Liverpool. (Sun)

France midfielder Eduardo Camavinga, 18, convinced Rennes to let him join Real Madrid this summer, despite PSG making more lucrative offers to both himself and his former club. (AS – in Spanish)

PSG did not submit a formal bid for Portugal forward Cristiano Ronaldo despite holding discussions over a move for the 36-year-old before he left Juventus to rejoin Manchester United. (Le10Sport – in French)

Juventus want to build a team around Argentine forward Paulo Dybala, 27, after agreeing to let Ronaldo return to United. (Calciomercato – in Italian)

Zenit St Petersburg’s Iran striker Sardar Azmoun, 26, has claimed Tottenham were a among a number of clubs – including Roma, Lyon and Bayer Leverkusen – that attempted to sign him in the summer. (Soccer RU, via football.london)

Inter Milan are among the clubs interested in Arsenal and Germany goalkeeper Bernd Leno, 37, who is expected to leave the Gunners on a free transfer when his contract expires next summer. (Tuttosport – in Italian)

Barcelona will attempt to sign Spain forward Dani Olmo, 23, from RB Leipzig in January, having already agreed a five-year contract in principle. (Mundo Deportivo – in Spanish)

Some of the Barcelona squad reacted with joy following France forward Antoine Griezmann’s return to Atletico Madrid with the 30-year-old having struggled to find his place at the Nou Camp. (Diario Sport – in Spanish)

Former Newcastle United midfielder Hatem Ben Arfa, 34, has been linked with a move to Rapid Bucharest. The Frenchman is a free agent after leaving Bordeaux in the summer. (Pro Sport – in Romanian)