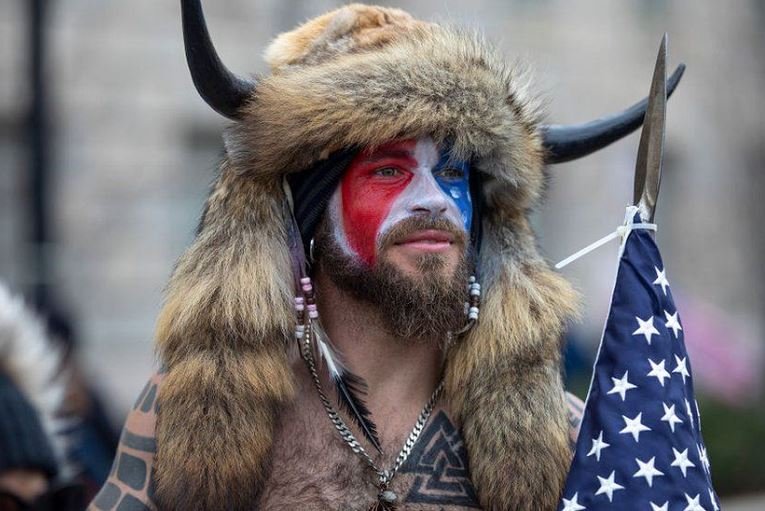 A prominent supporter of the baseless conspiracy theory QAnon has accepted a plea deal in federal court for his involvement in the US Capitol riots.

Jacob Anthony Chansley was one of thousands of Trump supporters who attempted to prevent the US Congress from certifying the 2020 election.

Chansley pleaded guilty on Friday to one felony count of obstruction in an official proceeding.

Nearly 600 people have been charged in the federal investigation of the riot.

Chansley became the de facto face of the siege, pictured amid the unrest in horns and a bearskin headdress, with the American flag painted on his face. He called himself the “QAnon Shaman”.

QAnon is a wide-ranging conspiracy theory whose followers believe former President Donald Trump was waging a secret war against elite Satan-worshipping paedophiles in government, business and the media.

Chansley told the FBI he came to DC “at the request of the president that all ‘patriots’ come to DC”.

He has been in custody for eight months.

His attorney Albert Watkins told the court on Friday his client was “non-violent, peaceful and possessed of genuine mental health issues”.

Chansley – who has made several request for his release – now claims to disavow both QAnon and Mr Trump.

He is due to be sentenced in November and could face up to 51 months in prison.

Supporters of the Capitol riot defendants are reportedly planning a large demonstration in DC later this month.