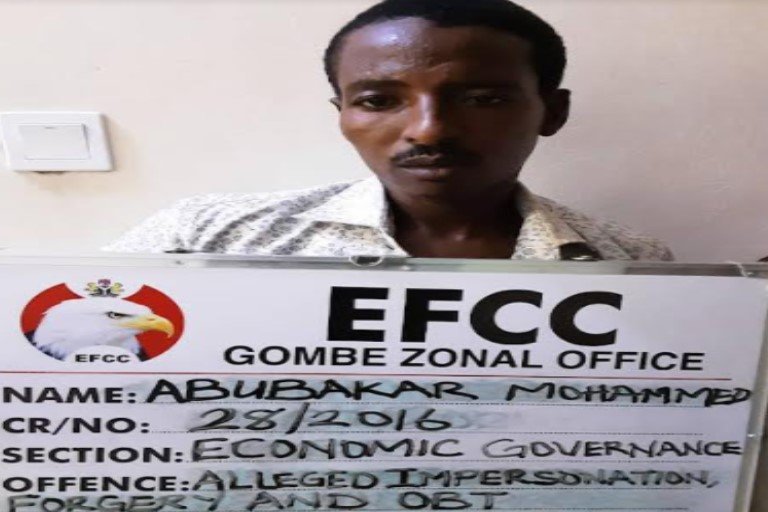 Justice S.Y. Abubakar of Gombe State High Court, Gombe has convicted and sentenced one Abubakar Mohammed to four years imprisonment on a four count charge for attempt to commit theft, personation, possession and use of false document.

The defendant who was prosecuted by the Gombe Zonal Command of the Economic and Financial Crimes Commission, EFCC, was convicted on September 23, 2021 after pleading guilty to the charges which are punishable under Sections 287,132 and 364 of the Penal Code Law.

The inconsistency of his signature and the Identity Card he presented caused the bank to tip off the EFCC, leading to his arrest.

The defendant, through his counsel, pleaded for leniency but the trial judge found him guilty of all the charges, convicted and sentenced him to one year imprisonment each on the four counts with option of fine of N40,000.