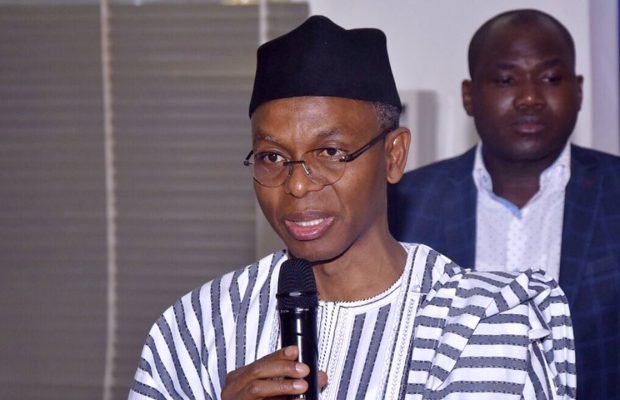 El-Rufai stated this on Tuesday at the Human Capital Development (HCD) Strategy Validation Event, which held at the State House Banquet Hall, Abuja.

“If we don’t invest in education, health care, nutrition and skills, our situation would get worse. This is why I must pay compliments to His Excellency, the Vice President, for being at the lead to getting the political attention needed to address this challenge, because it’s all about political will. We’ve spoken here, there is a clear strategy, now we talk about implementation,” Governor El-Rufai noted.

Similarly, the Vice President thanked Governor El-Rufai for his efforts in spearheading the initiative, adding that, “it is no wonder then that he is personally here with us this morning. He is someone that believes in the course, both in theory and practice of it, and we see it in motion in Kaduna State.”

The Deputy Chief of Staff (DCOS) to the President, Office of the Vice President, Mr. Ade Ipaye, delivered the VP’s speech at the event.

Nigeria’s HCD programme was launched in March 2018 by the National Economic Council (NEC), which is chaired by the Vice President.

The NEC conceptualized the HCD programme with the realization that human capital development plays a critical role in addressing poverty and ensures participatory and sustainable economic growth.

The programme is also designed to increase investments in the Nigerian people and improve the country’s human development indices.

The goal of the National HCD Vision – which was launched at an extended meeting of NEC focused on the Human Capital Development in December 2018 – is for “Healthy, Educated and Productive Nigerians by the Year 2030”, with targets across three thematic areas; namely Health and Nutrition, Education and Labour Force Participation.