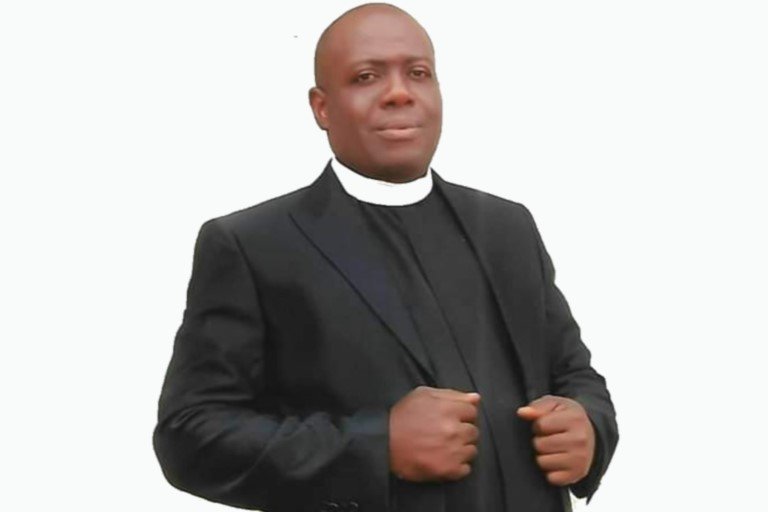 An Anglican priest, Rev Emeka Merenu, has been gruesomely murdered by a group of armed men in his parsonage at Iheteukwa, Orsu Local Government Area of Imo State.

According to church member, the priest was killed on Tuesday morning over an unconfirmed report that he had brought in soldiers to secure the Church and School under his supervision.

The source also added that the assailants burnt his car after killing him.

“Everybody is sad at the moment and afraid for their lives.” he said.

“Not only that he is from Nkwerre, he was the second runner up to the current Principal when they were looking for the current principal of St Augustine’s Grammar School, Nkwerre Imo State (SAGS).”

The deceased was a native of Amorji Agbomori Village in Nkwerre.

The latest development has not yet been confirmed by the Imo state police command.

The killing of the clergyman is the second to be recorded this week.

The victim was the presiding Pastor of ECWA church in Kibori-Asha Awuce in Zango Kataf.

Reverend Ali was last seen on Saturday when he was said to be on his way to Kafanchan.

The butchered corpse of the clergyman was later found by a search party on Sunday at Kibori community, near Asha-Awuce.

Matchete marks on his body indicated that he was attacked and butchered to death.

Gov. Matawalle: Seizing the initiative in the face of cluelessness