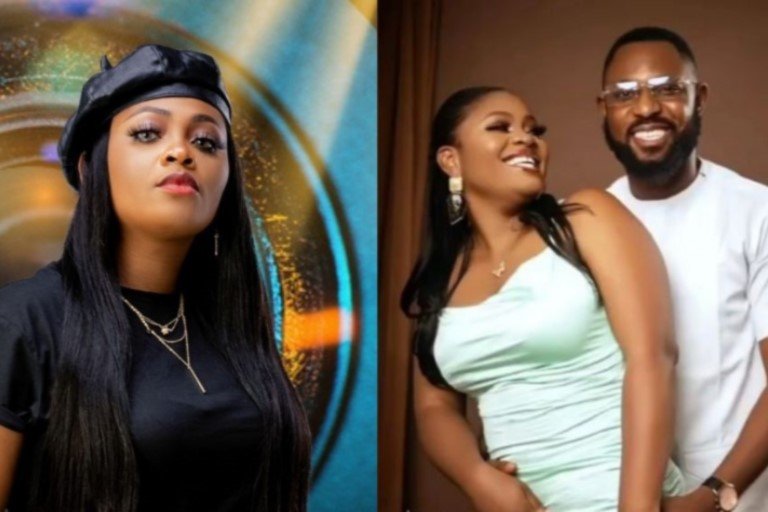 Big Brother Naija (BBNaija) housemate, Tega’s husband (AJMoney) has threatened to end their marriage over what transpired between his wife and Boma during her stay in the house.

Recall that Boma and Tega were evicted on Sunday along with Peace and Michael after they bagged the lowest number of votes.

Before their eviction, Tega and Boma were seen to have developed a relationship that was somewhat sexual. The pair cuddled and kissed several times during their stay on the show.

Tega who was known to be married, claimed that her relationship with Boma was simply a script.

Tega’s husband who spoke during an Instagram live session with Tunde Ednut, said he would give his wife a second chance only if she apologised for her actions.

He said that he has no plan of turning his back on Tega if she takes responsibility for her action in the house as this will be the first time she will be involved in such.

“I know Tega knows what she did was very bad but she needs us more than ever. I don’t think I should abandon her because she needs me.” He said.

“We are all humans and we all sin and God forgives us. I wouldn’t throw her away. She’s my wife and such things come with marriage.

There’s no perfect marriage. We’ve not had issues for the past four years. I don’t think I should abandon her now

“This is a time she needs me, if she comes back and apologises and takes responsibility, I’ll give her a second chance but if she insists that what she did in the house was okay, I’ll let her go.”

Tega’s husband also asked Nigerians to pray for their family and marriage.