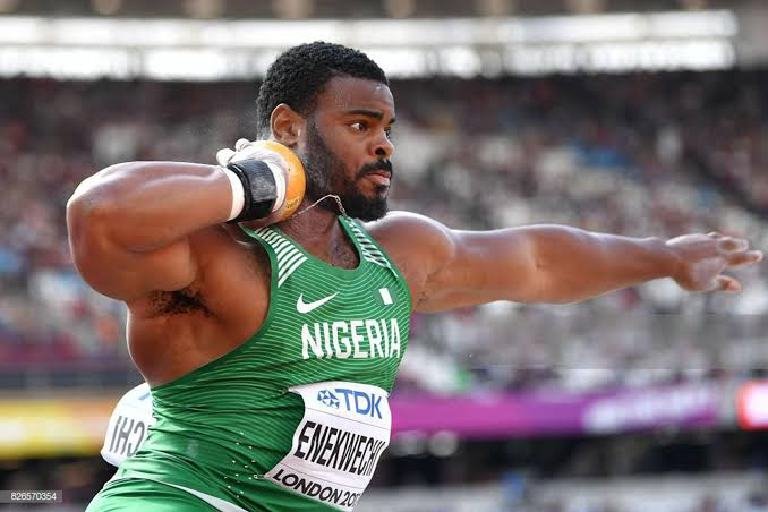 Chukwuebuka Enekwechi has failed to win a medal for Nigeria in the Men’s shot put final at the Tokyo 2020 Olympics on Thursday.

Enekwechi became known for his talent after clinching the gold medal at the African Games in Rabat with a throw of 21.28m.

He was placed last overall with a throw of only 19.74m.

United States’ Ryan Crouser, the world record holder in both the indoor and outdoor events in shot put, won the gold medal with a personal best of 23.30m which is more than his previous Olympic record of 22.52m.

Prior to Thursday’s event, 28-year-old Enekwechi, posted a video of himself washing his jersey in a sink.

The video which was posted on Tik Tok was captioned “When you made the Olympic Finals, but you only have one jersey”.

The viral video raised concerns about how Nigerian athletes were being treated in Japan.