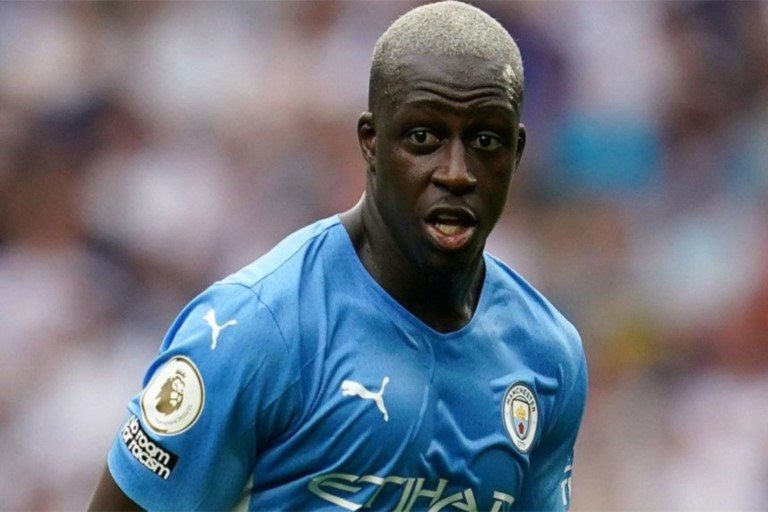 Manchester City defender, Benjamin Mendy has been remanded in prison until his next court appearance on September 10, 2021.

The French left-back is accused of four counts of rape and one count of sexual assault allegedly committed at his home in Cheshire.

The 27-year-old allegedly attacked three women, including one who was below 18 as at the time of the crime.

The crimes were allegedly committed between October 2020 and August 2021.

Mendy spoke only to confirm his name, address and date of birth during the hearing at Chester Magistrates’ Court which lasted under an hour on Friday.

No pleas were entered as the charges were put to the Premier League footballer, who had also been facing one count of breaking his bail conditions in August.

That charge was withdrawn in court.

Proceedings were relayed back to the French international via an interpreter.

He showed no emotion as he was taken from the court accompanied by two dock officers at the end of the hearing, which lasted about an hour.

District Judge Jack McGarva sent the case to Chester Crown Court where Mendy is due to appear on 10 September.

The left-back has played for last season’s Premier League champions since 2017, when he joined from Monaco for a reported £52m.

In a statement on Thursday, Manchester City said the club had suspended the player pending an investigation.