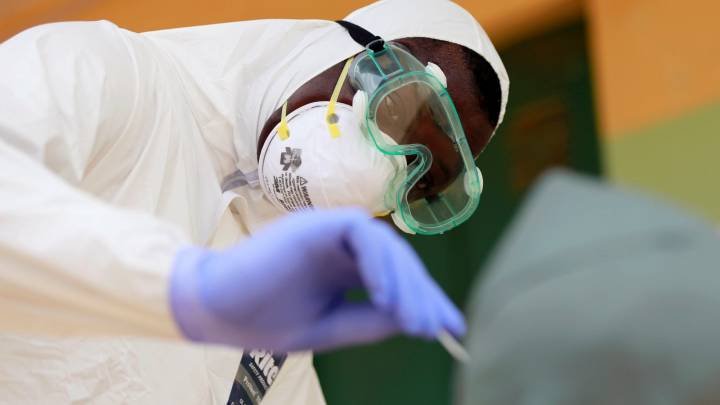 Thirty-two Delta variant cases of coronavirus (COVID-19) have been reported in five states across the country, the Nigeria Centre for Disease Control (NCDC) has said.

The Nigeria Centre for Disease Control (NCDC) has announced the discovery of 32 Delta variant cases of COVID-19. The cases were detected in fives states across the country.

Dr Chikwe Ihekweazu, Director-General of the NCDC revealed this during the briefing of the Presidential Steering Committee on Monday in Abuja.

Akwa Ibom state had the largest number of cases which was nineteen out of thirty-two.

Health professionals have been monitoring the mutations and variations of the COVID-19 virus which has marred the global economy.

The Delta strain (B.1.617.2. variant) is a major source of worry because of its high virulence and  increased rate of spread which is evident in several countries including the United States of America and Nigeria.

The Minister of Health, Dr Osagie Ehanire, who was also present at the briefing, raised concerns about the Delta variant of the virus.

He advised Nigerians against travelling to Lagos, Akwa Ibom, Oyo, Cross Rivers, Kano, Plateau and the FCT during this period, except when it was absolutely necessary.

Ehanire explained that it was important for the PSC to discourage such travels because of the surge of the virus within the states of concern.

At the briefing, the United States officially handed over to the Nigerian Government more than four million doses of Moderna COVID-19 vaccines.

Authorities said the National Agency for Food and Drug Administration and Control (NAFDAC) would have to certify the vaccines for use before they are distributed.

PSC Chairman and Secretary to the Government of the Federation (SGF), Mr Boss Mustapha, received the vaccines on behalf of the Nigerian government.

He thanked the US government for the donation, saying it came at a time when Nigeria had started recording about 500 COVID-19 cases daily. The country has not recorded fewer than 500 cases daily for the past seven days.

Mustapha, who is also worried about the increased prevalence of the Delta variant in the states of concern, said the alarming single-day figures have shown an increased test positivity ratio of about six per cent.

He hinted that the PSC would publish the names of over 500 travellers who have violated the travel protocol and those who evaded quarantine.

Nigeria had commenced vaccination with the Oxford-AstraZeneca vaccines, but Nigerians are set to get doses of a different product – Moderna.

The Executive Director of the National Primary Health Care Development Agency (NPHCDA), Dr Faisal Shuaib, has assured Nigerians that the Moderna COVID-19 vaccine is very effective, with up to 74 per cent efficacy against the Delta variant.

He, however, cautioned against mixing and matching COVID-19 vaccines, saying conversations were ongoing about the safety or efficacy of doing so.

According to the NPHCDA boss, another batch is expected in the country in the next few weeks to ensure the continued administration of the vaccine to those that have received the first jab.