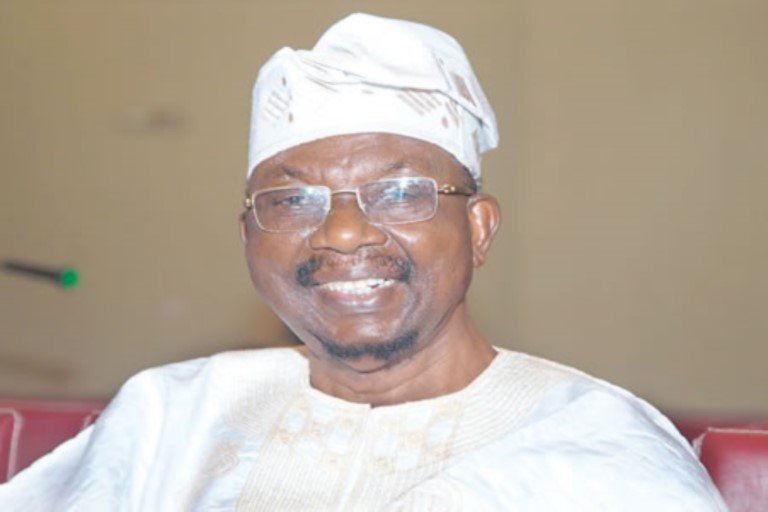 Afenifere chieftain , Senator Olabiyi Durojaiye has died of COVID-19 complications at the age of 88.

The Ogun state-born chieftain was elected Senator for the Ogun East constituency during the return of civilian rule in 1999, on the platform of Alliance for Democracy (AD) platform.

He held the tribal title of Otunba highlighting his position as a chieftain among the Yoruba people.

Durojaiye had a BSc in Economics (London), and an LLB, London. He was called to bar in 1979. He also graduated from the National Institute for Policy and Strategic Studies, Kuru

He was a barrister and solicitor of the Supreme Court of Nigeria. He also worked as a civil servant for 35 years, including 28 years as a Director of the Central Bank of Nigeria and the National Mint. He worked with the International Monetary Fund, the Federal Reserve System in the U.S.A and the City University London between 1964 and 1982.

In 1992 the Afenifere chieftain contested in the presidential elections on the platform of the Social Democratic Party (SDP). However he lost to M.K.O. Abiola, whose victory was annulled by Gen Ibrahim Babangida.

In December 1996 Durojaiye was detained by the military regime of General Sani Abacha. He was in jail for 560 days under terrible conditions. A June 1997 report stated the 63-year-old lawyer was reportedly in poor health and suffering from high blood pressure caused by his treatment. Amnesty International designated him a prisoner of conscience and campaigned for his release.

In December 2002 Chief Durojaiye recommended a life sentence for anyone involved in election malpractice.

He won the AD primaries to represent the party in the Ogun East constituency in the 2003 elections, although he was threatened with legal action by Chief Adamo Olayinka Yesufu, a rival for the nomination. Eventually, the PDP candidate Tokunbo Ogunbanjo won the election.