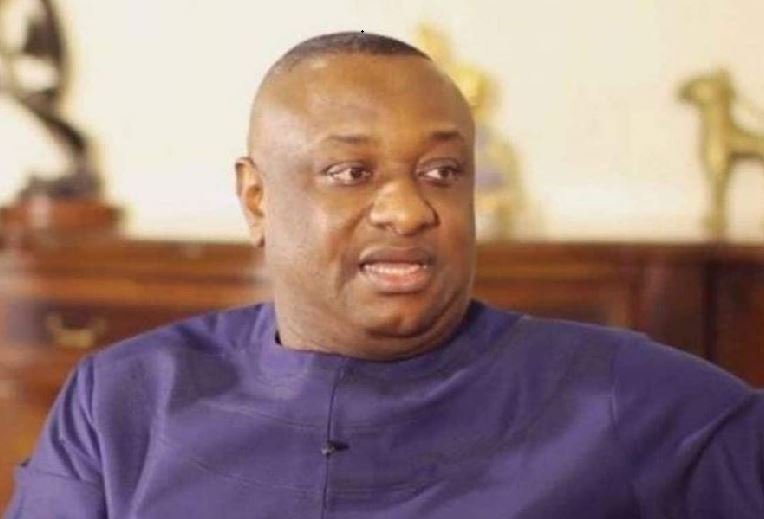 Following the Supreme Court ruling on the suit against Ondo state governor, Rotimi Akeredolu by his closest challenger, Eyitayo Jegede and the Peoples Democratic Party, PDP, the ruling All Progressives Congress (APC) must make swift changes to the party leadership.

To solve this problem, Honourable Minister of State, Labour and Employment, Festus Keyamo (SAN), has proffered solution to save the party from self-implosion.

In his submission on Wednesday, Keyamo suggested two options that can save from the ruling party in the immediate future.

Titled “The implication of the Supreme Court judgment today in Jegede vs Akeredolu as it affects the APC is that the party must halt all preparations and conduct of Congresses nationwide forthwith”, Keyamo suggested that Governor Mai Mala Buni of Yobe should step down as caretaker chairman of the party because his role negates the Nigerian constitution.

Keyamo said, “The Supreme Court by a narrow split decision today (4-3)held that GOV. AKEREDOLU cannot be removed as Governor of Ondo State. The little technical point that saved Gov AKEREDOLU was that Jegede failed to join Governor Mai Mala Buni in the suit. Jegede was challenging the competence of Gov. Mai Mala Buni as a sitting Governor to run the affairs of the APC as Chairman of the Caretaker Committee. He contends that this is against Section 183 of the 1999 Constitution which states that a sitting Governor shall not, during the period when he holds office, hold any other executive office or paid employment in any capacity whatsoever. In other words, had Buni been joined in the suit, the story may have been different today as we would have lost Ondo State to the PDP.

“Therefore, any other person affected by the actions of the Buni-led Committee will henceforth not fail to join him in any subsequent case in court. These includes any subsequent election matter in any part of this country and all the APC Congresses that are about to hold. The Supreme Court has just weaponised all those that would be aggrieved by the APC Congresses to proceed to court to Challenge the competence of the Buni-led CECPC to organise the Congresses and National Convention. The judiciary will subsequently destroy the entire structure of the Party from bottom to top. We are lucky the Supreme Court has just given us a great and useful hint to save our Party just before the beginning of our Congresses. We cannot gamble with this delicate issue. The time to act is NOW.

The planned Congresses across the country slated for this weekend must immediately be suspended because it will be an exercise in futility as analysed above. The competence of Gov. Mai Mala Buni to organise the congresses has been called to question by the Supreme Court.

Firstly, the NEC of the Party can URGENTLY meet and consider and reconstitute the CECPC to exclude, not only Gov. Buni, but anyone holding ANY executive position in any government establishment as stipulated in Article 17 of the APC Constitution.

Who summons NEC now as there is technically no competent national chairman?

Under Article 25 of the APC Constitution, it is the national chairman OR TWO-THIRDS OF MEMBERS OF NEC that can Summon a NEC meeting. Since we cannot vouch for the legality of any NEC meeting summoned by MAI MALA now, the safest is to get TWO-THIRDS of NEC members to sign an Invitation to summon a NEC meeting where the CECPC would be reconstituted and our party would be safe.

Alternatively, the Board of Trustees of the Party, which includes Mr. President, can be activated to organise a National Convention in line with Article 13 of the APC Constitution where it is given such powers. Those powers can be delegated at the meeting to a committee in line with the APC constitution which will run the Party and plan the convention. The new Exco can then plan for Congresses.

Above are my humble and respectful suggestions to save our Party from imminent danger in the light of the Supreme Court judgment today. To ignore this and do otherwise would be tantamount to playing with fire and the opposition would simply wait till our Presidential Primaries in 2023 to disqualify our candidate and destroy the party.

I have done my professional bit to the party. I can do no more.