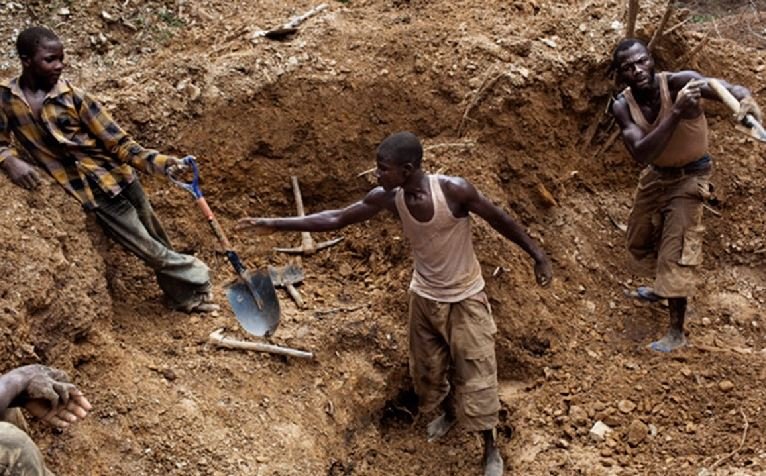 Not too long ago, Nigeria’s Vice-President, Prof. Yemi Osinbajo, pushed for rejuvenated collaboration among arms of government and communities towards the actualisation of potential in Nigeria’s mining sector for national development. Taiwo Hassan reports.

It is common knowledge that the Nigeria’s mining activities contributed an average 0.13 per cent (less than 1%) to the national gross domestic product (GDP) in the last ten years which has strained the nation’s economy, despite Nigeria being a mineral-rich country with over 40 known types of minerals.

In fact, there is no doubt the various policy efforts of government under President Muhammadu Buhari aimed to revitalise the sector have failed to yield desired outcomes, with solid minerals being one of Nigeria’s underperforming sectors in terms of contribution to GDP in recent times.

Indeed, the contribution of the mining sector to the economy has remained incredibly low at less than one per cent for decades. This compares poorly with other mineral-rich countries in Africa such as Ghana, Guinea, South Africa, DR Congo and Botswana, where the sector contributes more than five per cent to their respective economies.

Particularly, one can say that Nigerian mining sector  remains a sleeping giant despite its huge potential with varying straits to the sector’s growth. Nigeria is one of Africa’s mineral-rich countries, with endowment in various mineral resources such as gold, iron ore, bitumen and zinc.

But these minerals are in commercial quantities across various parts of the country.

Despite their importance to the country’s GDP development, they have not demonstrated that capacities to rely on. In order to change the tide, the Federal Government disclosed that the country’s mining sector was now targeting a five per cent contribution to the GDP by year 2025 in a renewed interest in mining sector post-COVID-19 to boost the economy.

Apparently, this is a change in paradigm from its 2016 position where it stated that mining sector would contribute three per cent to the country’s GDP by 2025.

The Minister of Mines and Steel Development, Olamilekan Adegbite, had told New Telegraph that government’s position had changed forthrightly because of the new developments happening in the sector.

Speaking in Abuja at a virtual meeting at the maiden edition of the Strategic Engagement on Sustainable Mining, themed: “Resurrecting our Buried Prosperity,” the vice president said that unless the management of Nigeria’s solid mineral resources got things right, the country would continue to live in the paradox of suffering in the midst of plenty.

“The problems are numerous, but solvable; the principal issue is that of the challenges of implementing the regulatory framework. “While the Ministry of Mines and Steel has the legislative mandate to regulate mining in the country, many states and local governments have embarked on the imposition of their own rules and regulations on miners in their states.

“This include issuance of Registration, Permits, Community Development Agreements (CDA) and Memorandum of Understanding (MOU) on miners. “Some state governments, in a bid to shore up their revenues, impose illegal fees, taxes and levies on foreign and local licensed mining companies and operators.’’

The vice president said that enforcement of the taxes often led to frequent arrests and harassment of licensed miners and their workers and closures of mining sites. According to him, such incidents happen frequently and discourage investors.
“Regrettably, such actions by state governments constitute a major disincentive to prospective investors in the sector and invariably jeopardise the efforts of government to deepen the mining industry in Nigeria.

“There is no way this will ever benefit the majority of our people; then there are the huge security concerns that always develop in the struggle for control of mineral resources in poorly regulated, unregulated or ungoverned spaces.

“Almost invariably, these situations lead to criminal activities and, particularly, the proliferation of weapons and armed groups.

This is true historically and more evident now. “It is apt and timely, especially as the Federal Government, through the Ministry of Mines and Steel, seeks to fully implement its robust and wide-ranging remit in policy and legislation,” he noted.

To move ahead, mining stakeholders said engagement would certainly help in explaining the regulatory framework to governments at the community level where most of the mining activities take place.

According to them, such collaboration would enable the ministry and other stakeholders to get direct feedback from the local government authorities and those who had to deal with these issues daily.

However, Osinbajo said that recently, as part of the post COVID-19 efforts to preserve existing jobs and create new opportunities, N6 billion was approved for the mining sector under the current Economic Sustainability Plan (ESP).

Mining stakeholders affirm that state governments’ illegal fees, taxes and levies constitute major disincentive to prospective investors in mining sector and that this needs to be addressed optimally.