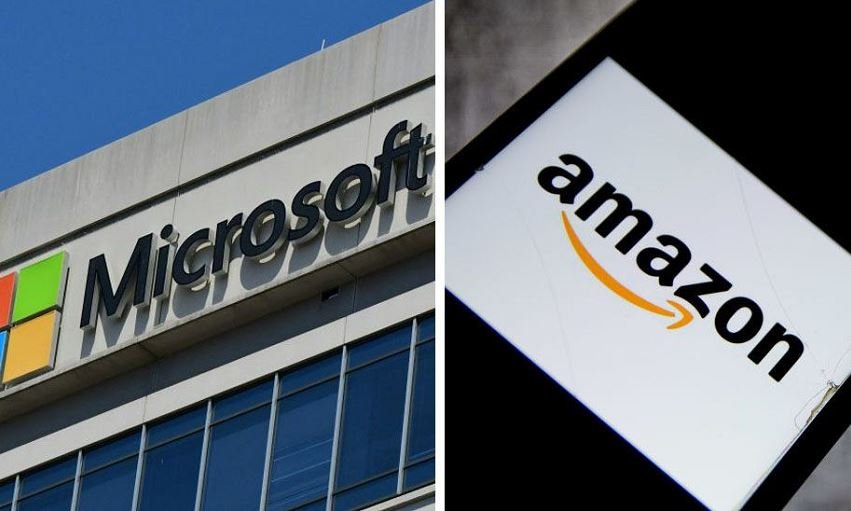 Finance ministers from the G7 group of leading economies are confident of striking a deal on taxing multinational companies at their meeting in London.

The agreement is expected to include a global minimum rate of corporation tax.

It would target tech giants such as Amazon and Microsoft.

He said a 15% rate would help pay back debts that have built up during the pandemic – and that he was “absolutely confident” there would be an agreement.

“If we agree on the minimum taxation for corporates, this will help to go out of this race to the bottom we see with taxes today,” he told the BBC.

“And this will help the countries we live in to finance their tasks, and – especially after Covid crisis and all the money we spent – to defend the health of the people, and to defend the economy.”

French finance minister Bruno le Maire urged Ireland, which has one of the lowest corporate tax rates in the European Union, at 12.5%, to get “on board”.

He told the BBC: “European countries, that in the past, opposed this new international tax system, must understand that they have to give the agreement to this major breakthrough”.

Both ministers said agreement on a minimum rate remained a sticking point.

Mr Scholz suggested that 15% would be an effective starting point that would mark a “turning point” after years of going in the other direction.

It came after UK Chancellor Rishi Sunak said he was “confident” of reaching a global agreement on digital taxation ahead of a meeting of world finance leaders.

Finance minsters will also discuss climate change at the two-day meeting which started in London on Friday.

Ahead of the G7 talks, Mr Le Maire and Mr Scholz along with their counterparts in Italy and Spain co-signed a letter urging an agreement on an international tax system “fit for the 21st Century”.

In a letter to The Guardian, they wrote: “Introducing this fairer and more efficient international tax system was already a priority before the current economic crisis, and it will be all the more necessary coming out of it.”

On Wednesday, the US announced it would impose tariffs on about $2bn (£1.4bn) of imports, including certain goods from the UK, in retaliation for taxes on big US tech firms.

However, it suspended them for 180 days to allow further talks to take place in London and at a meeting of G20 nations in July.

Mr Sunak is expected to push for an agreement on taxes and call for all global businesses to commit to climate reporting.

Speaking ahead of the G7 meeting, Mr Sunak said: “Securing a global agreement on digital taxation has also been a key priority this year – we want companies to pay the right amount of tax in the right place, and I hope we can reach a fair deal with our partners.

“I’m determined we work together and unite to tackle the world’s most pressing economic challenges – and I’m hugely optimistic that we will deliver some concrete outcomes this weekend.”

Governments have become increasingly concerned about the amount of tax paid by US tech giants.

The ministers will be looking at how to stop the likes of Google, Amazon, Starbucks and Apple paying low or no taxes in countries where they generate revenues.

The meeting is being held as it emerged that an Irish subsidiary of US technology giant Microsoft paid no corporation tax on $315bn in profit it made last year, according to The Guardian.

Microsoft Round Island One is resident in Bermuda and the profit it generated last year is equal to nearly three-quarters of Ireland’s GDP.

All G7 countries, bar the UK, have supported a proposal from the US for a global minimum corporate tax rate of 15% that could raise $50-$80bn for governments around the world.

Germany, France, Italy and Spain said the commitment to a minimum 15% tax rate is “a promising start” but said G7 nations must reach “a common position on a new international tax system” in London before more nations meet next month.

They wrote: “We are confident it will create the momentum needed to reach a global agreement at the G20 in Venice in July. It is within our reach. Let’s make sure it happens. We owe it to our citizens.”

The UK is holding out for reassurances about the Digital Services Tax, which levies 2% on revenues derived in the UK from online marketplaces, search engines and social media platforms.

It is open to the idea of a global corporate minimum tax rate and is said to be prepared to let the Digital Services Tax go if it obtains assurances that big tech will not simply be let off the hook.

The Biden administration initially pushed for a global minimum corporate tax rate of 21% but has now retreated to 15%. However, officials have said that’s regarded very much as a “floor”.

Finance ministers from the US, Japan, France, Canada, Germany and Italy will be attending the meeting at Lancaster House, along with representatives from the European Commission, the Eurogroup, the World Bank, the International Monetary Fund and the Organisation for Economic Co-operation and Development.