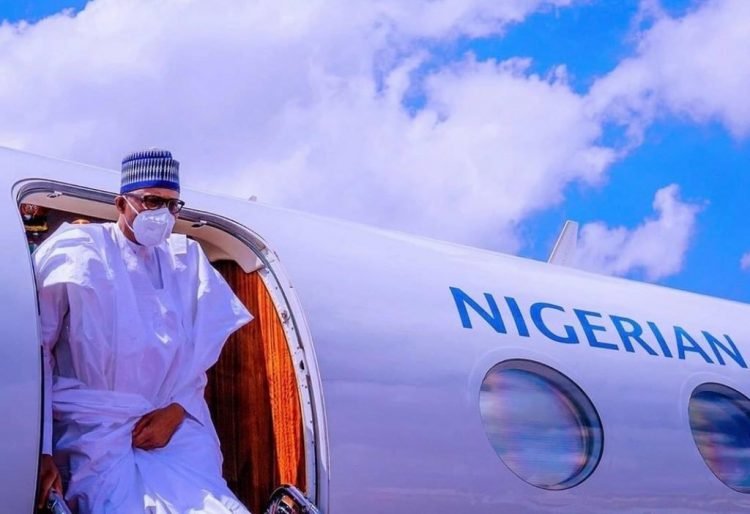 President Muhammadu Buhari on Thursday visited Borno State and addressed troops on the frontline battling insurgency in the Northeast.

The President landed at the airport located at the Air Force base in Maiduguri, the state capital a few minutes before 10:00 am on Thursday for the one-day working visit.

He was received by the state governor Babagana Zulum and other top government officials in the state.

Students were lined up on the streets while military and paramilitary officers were also at the Headquarters of Operation Hadin Kai also to receive the President.

He also commissioned some projects including 4,000 houses which were part of the Federal Government’s housing project, as well as some local projects executed by the state government.

In a statement issued earlier, the Borno State government said “the President would commission the first phase of the 10,000 houses which he graciously approved and funded for the resettlement of Internally Displaced Persons (IDPs) and refugees.”

According to the Governor, the housing project in Borno is the largest Federal Government housing intervention sited in one state.

Governor Zulum highlighted the other projects approved which he attributed to the President’s compassion and concern for the humanitarian situation in the state.