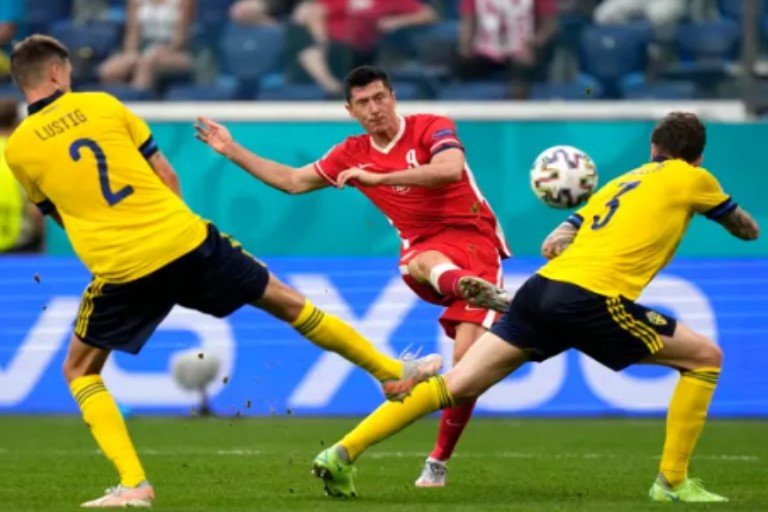 Substitute Viktor Claesson scored a 93rd-minute winner for Sweden to knock Poland, who had come back from 2-0 down, out of Euro 2020.

The RB Leipzig midfielder doubled the lead with a first-time shot – his third goal at the tournament – before Robert Lewandowski, who had earlier missed a golden chance, produced a quality arrowed finish to give Poland hope.

Lewandowski hit an 84th-minute equaliser to give hope to Poland, who needed to win to advance, but they were undone by Claesson’s late winner.

In a captivating game, captain Lewandowski was guilty of an incredible miss at 0-0.

After heading against the underside of the bar from a corner, the prolific Bayern Munich forward’s follow up header from the rebound struck the bar from just two yards out.