FG considers pension for MKO Abiola's next of kin
Advertisement 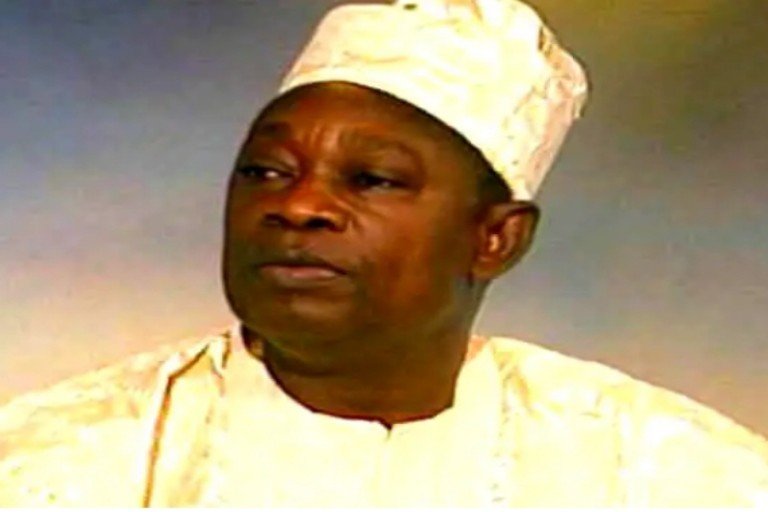 Wives of the late Chief MKO Abiola, winner of the June 12 1993 presidential election, are likely to be put on pension, a government source revealed during the weekend.

Also to benefit from the plan is Bashorun Abiola’s running mate in the historic election, Ambassador Babagana Kingibe.

The idea, mooted by the Federal Government will, however, be proposed as an Executive Bill to National Assembly for passage, it was further learnt.

Abiola, a billionaire businessman, won the election believed to be the freest and fairest in Nigeria history, with a pan-Nigerian mandate. But, the military government of Gen. Ibrahim Babangida annulled the results.

Abiola was incarcerated when he stood up to fight for the reclamation of his mandate. He died in custody on July 8, 1998.

The military returned to the barracks after conducting the election that ushered in the Forth Republic in 1999.

However, President Muhammadu Buhari who decided to honour the late Abiola by declaring June 12 Democracy Day in place of May 29; gave Abiola the highest national honour – Grand Commander of the Federal Republic (GCFR) – posthumously and officially recognize his victory in that election. Kingibe was awarded the second national honour, The Grand Commander of the Order of the Niger (GCON).

Kola, the late Abiola’s first son, said the democracy we are practicing is not what his father died for.

He canvassed for a united Nigeria, saying there should be no room for secession calls.

Mr. Abiola also said he had no plan to join partisan politics for now.

He spoke on Sunday in Abuja after unveiling his social media platform – Tribe Naija.

He said: “I am not impressed with the democracy that we are in today, because it is not what my father and others died for. It’s not what they put their lives on the line for.

“And I want to make sure we get what they will be proud of in their graves. The challenge is now for me to make sure it happens,” Abiola said.

On the plan to compensate the Abiola family, a government official who spoke to the Nation said: “The honours bring them (the late Abiola and his running mate) at par with all past heads of state and their deputies.”

The source added: “There has been no concomitant benefit to them since that recognition because the law did not foresee this kind of situation.

“You know there is no monetary attachment to national honours. But, there is a thinking that this must be reviewed because wives of former heads of state who had passed on get quarterly allowances, which are overseen by the Office of the Secretary to Government of the Federation (SGF).

“Those (past heads of state) who are living get their entitlement and when they are dead, their next of kin get certain benefits from the government. But, for Abiola and Kingibe, this requires legislation.

“There is a thinking that the Abiola family (next of kin) deserves attention. The same thing goes for Kingibe,” the source said.

Speaking further, Mr. Abiola explained: “My father had chieftaincy titles from all over Nigeria. He didn’t even have a national honour conferred on him until two years ago. So, it’s about always giving and always believing in Nigeria.

The late politician’s son said he had dedicated himself to the struggle for awakening the consciousness and raising leaders among the younger generation of Nigerians, through Tribe Naija.

He said: “I come from a family that is a pioneer in what we do. We raise the unknown, we make them known. In addition to what we are going to do with this platform, we will raise leaders. And that is what we are all about.

“The names you hear in your profession (journalism) today, there is hardly anybody who hasn’t gone through Concord newspapers (published by Abiola). When they were at Concord, did anybody know them? No. And that is what we are all about.”

Mr Abiola denied nursing presidential ambition in 2023 on the platform of the ruling All Progressives Congress (APC).

He said: “I see posters around with my picture and the APC. I am not even a card-carrying member of any political party. I have never been involved politically with any party, since my father’s election.

“I wanted to make sure that first and foremost, he (the late Abiola) was recognised for what he achieved. It took me 22 years to get that with the announcement by President Muhammadu Buhari and I am always going to be thankful for that.

“And now that all that he achieved have been recognised, I want to now finish the job that he started by making sure that nobody is ever robbed and that we keep this Nigeria as one.

Abiola said that running for a political office and winning election are two different things.

“To get it right, the media and other stakeholders have to get involved. You don’t appreciate the power you have. If you come together and put that power to use, we will see.

“The number is there and all we are looking for is leadership and good governance. We have to have leadership from the ward to the top. It’s about that.

“If we change it progressively and we give you the things to make it happen progressively, then, you will see the difference. It’s not about the head. If the head is so good and we don’t have anybody down the line, what are you going to govern?

“If I’m President today and I have the best of ideas and I don’t have people in the right places, of what use is that? That is what I keep saying. It is about making sure that we can develop something that makes a team with a lasting impact in this country. We need to turn the narrative and I am hoping that with Tribe Naija, we will do that”.