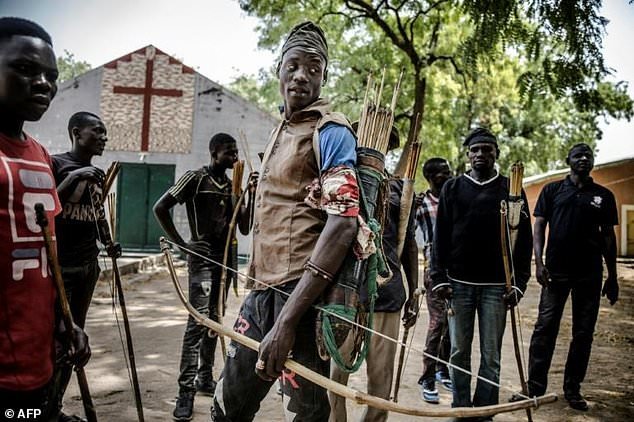 The incident occurred around 11:15 pm on Friday at Elegure farm settlement which is three kilometers to the community.

An eye-witness, Chief Ajayi Ogungbemi, who is the Babaloja of Iyemero said that the gun-wielding abductors, numbering 18, invaded the farm settlement and shot sporadically into the air before whisking away the farmer.

Ogungbemi said that the gunshots had caused panic, as residents, who had not slept when they came fled into the bush, while those sleeping woke up and took cover outside their residences.

“The manner at which they operated showed that they had a target, who was Alhaji Olodan. The kidnappers upon entering the village went straight to the farmers’ residence and forced him out. He was actually the target.

“This is not the first time Iyemero would be attacked by these evil men and we are suspecting that they are working in connivance with the Fulani herders operating in our farms.

“The herders have been the ones terrorising Elegure and Atu farmsteads in recent times, destroying farmlands and kidnapping our people,” he alleged.

The community leader appealed to the Ekiti State Police command and the Amotekun corps to expedite actions and free the victim from his captors.

When contacted, the Police Spokesman, ASP Sunday Abutu, said the police were yet to receive any report on the attack.

“We are not aware, but we will ensure that we contact all the necessary units to ascertain the veracity of the incident,” he said.