Stuttgart striker revealed to be playing under false identity
Advertisement 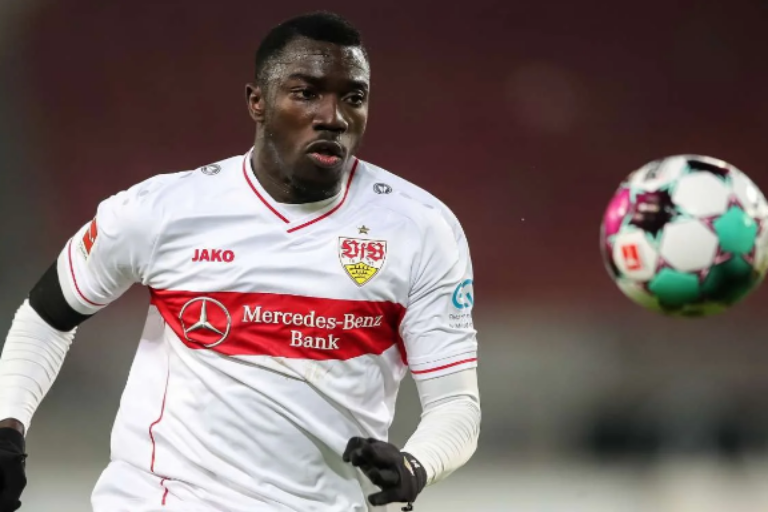 A Stuttgart player voted this year’s Bundesliga rookie of the season has been playing under a false identity.

The DR Congo-born attacker known as Silas Wamangitukais is actually called Silas Katompa Mvumpa and was born on 6 October 1998, making him a year older than his documents stated.

He has claimed he was put under pressure by a former representative and has been “constantly living in fear”.

Stuttgart are in contact with the Bundesliga and German FA.

The club said they have been “working intensively”, along with the 22-year-old and a new agent, and received official documentation from the Democratic Republic of Congo a few days ago.

Mvumpa, who scored 13 goals in all competitions last season to help Stuttgart finish ninth, had a trial with Belgian side Anderlecht in 2017 before joining second-tier Paris FC, he claims under the pressure of his former agent.

He moved to Stuttgart in 2019 and helped the club gain promotion to the Bundesliga.

“Over the past few years, I was also very worried for my family in Congo,” Mvumpa said.

“It was a tough step for me to take to make my story public and I would never have had the courage to do so if Stuttgart had not become like a second home and a safe place to me,” he added.

Rohr confirms players that will start against Cameroon