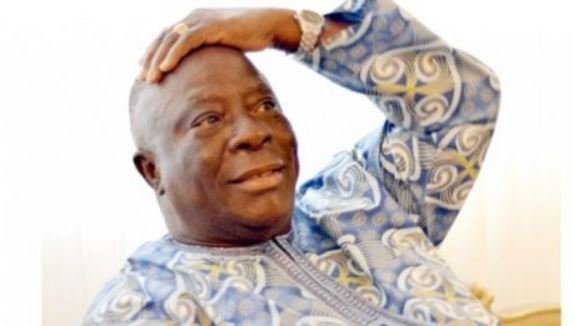 The Yoruba socio-political organisation, Afenifere, has criticised the shoot-at-sight order by the Inspector General of Police, describing it as reckless and undemocratic.

The organisation in a statement by its acting leader, Chief Ayo Adebanjo, yesterday said the order endangers the fate of people in Southeast, who he posited seem endangered under the President Muhammadu Buhari administration.

Adebanjo, who said the situation should be a source of concern to well-meaning Nigerians, said the order was targeted at protesting Igbo youths instead of embracing dialogue.

The Afenifere acting leader observed that the same fate does not apply to Buhari’s Fulani ethnic group.

“Whereas Buhari allows his Fulani people to roam freely, killing, maiming, raping while protecting and prevaricating to the Fulani herders without a restraining order, the Igbo youths he orders his mainly northern military to kill on sight,” he said in a statement.

Noting the killing of some people in Benue State recently, Adebanjo said as one of the leaders of Southern and Middle Belt Forum that travelled to Makurdi on that occasion, he observed first-hand the positive identification of the killers by the Benue State Government and despite the incontrovertible identity of the killers, all Buhari had to say to the governor was: “Accommodate your neighbours”.

But, the Police Command in Anambra State has said the order given by acting IGP Usman Baba to personnel to take the war against crime and criminals to their dens was not targeted at innocent and lawful citizens in the South-east.

DSP Toochukwu Ikenga, the Police Public Relations Officer in Anambra, said this in a statement in Awka yesterday.

Ikenga said it was a deliberate effort by the Police High Command to stabilise security order in the South East.

The PPRO said the operation ‘Restore Peace’ was formed essentially to implement the objective.

According to him, the current high command was deeply concerned about the recent spike of crime in the zone, most especially, deliberate attacks on security agents and national assets.

“The operation is unique and targeted to restore peace, law and order. We, therefore, urge Anambra residents to work with the Police and other security agents.

“I want to assure everybody that this operation is people-driven, and at every time, shall be reviewed to address issues.

“It is not against innocent and lawful members of the society,” he explained.