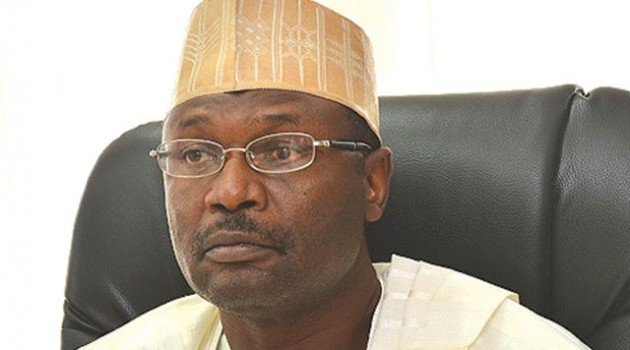 The Independent National Electoral Commission (INEC) on Thursday said 41 of its offices were attacked in 14 states since 2019.

Its chairman, Prof Mahmood Yakubu, said this during an emergency meeting of the Inter-Agency Consultative Committee on Election Security (ICCES) at the commission’s headquarters in Abuja.

Yakubu said: “In the last two years, the Commission has recorded a total of 41 incidents involving deliberate attacks on the Commission’s facilities.

“Nine of these incidents happened in 2019 and 21 cases in 2020. In the last four weeks, 11 offices of the Commission were either set ablaze or vandalised.

“Two of these incidents were caused by Boko Haram and bandit attacks while 10 resulted from thuggery during the election and post-election violence.

“However, the majority of the attacks (29 out of 41) were unrelated to election or electoral activities. In fact, 18 of them occurred during the EndSARS protests in October last year while 11 attacks were organised by ‘unknown gunmen’ and ‘hoodlums’.

“Although the Commission is assessing loss of materials during recent attacks, our preliminary assessment so far indicates that we lost 1,105 ballot boxes, 694 voting cubicles, 429 electric generating sets and 13 utility vehicles (Toyota Hilux).

“By working together with the security agencies, we can stop these attacks and the wanton destruction of critical electoral assets.”

Yakubu reiterated his warning that the attacks could threaten future elections if not checked.

He said: “These attacks, which initially appeared as isolated and occasional actions, have now become more frequent and systematic targeted at demobilising and dismantling critical electoral infrastructure in the country.

“This will not only undermine the Commission’s capacity to organise elections and other electoral activities but will also damage the nation’s electoral process and democracy.

“Indeed, these attacks on the Commission’s facilities should now be treated as a national security emergency.”

Yakubu said an outcome of the meeting should be “an all-year-round, end-to-end protection of electoral facilities under the auspices of ICCES”.

According to the INEC chairman, since the conclusion of the 2019 general election, the commission has conducted four end-of-tenure governorship elections and 28 of 32 bye-elections.

He said: “In the next nine months, two major elections will be conducted. The Anambra State Governorship election is scheduled to hold on 6th November 2021 to be followed by the end-of-tenure elections for 68 Area Council constituencies in the Federal Capital Territory (FCT) holding on 12th February 2022.

“These major elections will be followed by the Ekiti and Osun State Governorship elections ahead of the 2023 General Election which is just 632 days away.

“In addition to elections, the Commission is also preparing for the resumption of the nationwide Continuous Voter Registration (CVR) exercise on 28th June 2021 to enable Nigerians who have attained the age 18 years and those who did not register previously to do so.

“Similarly, registered voters who wish to change their voting locations and those who wish to correct their names and other details on their Permanent Voters Cards (PVCs) can do so.

“We plan to create 2,673 registration centres and deploy 5,346 officials for the exercise along with expensive voter enrollment machines. All these activities require security, thereby adding to the urgency and importance of this meeting.”

He said democracy would be sustained despite attempts by divisive elements to torpedo it.

“We (ONSA) are at hand to make sure that the people’s will, will be sustained, regardless of whatever happens,” he stated.

The former Enugu State governor said in a statement: ”This trend is capable of alienating us from the rest of Nigeria. What we require is a society or nation of equal opportunities where no one is segregated upon or discriminated against on account of his ethnic or religious leaning.

“Justice and equity are what we should agitate for not violence. We can only achieve this in an atmosphere of peace and harmony.

“Burning police or INEC facilities cannot be a solution. The world is already a global village. We need each other. Those behind these acts must sheathe their swords and embrace dialogue”.

He reminded aggrieved Nigerians that there are many channels, including the courts or even the National Assembly to address any injustices or misgivings instead of resorting to violence.

“Violence will only lead to anarchy. It is certainly not one of the ways to resolve issues,” Nnamani stressed.