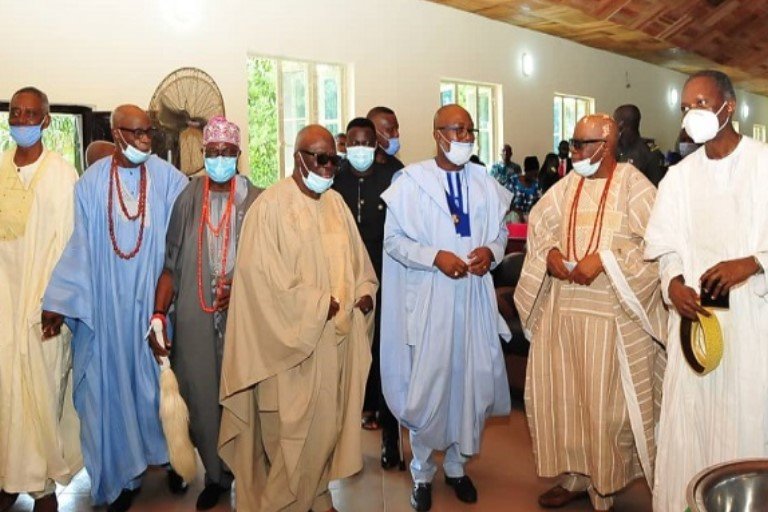 Yoruba socio-cultural group, Afenifere, has said it is in support of the ban on open grazing announced by Southern Governors on Tuesday.

In a communique issued on Friday at the end of a meeting held in Ogun State, the group also reiterated its call for restructuring.

The Governors announced the ban on Tuesday after meeting in Delta State.

They also called for President Muhammadu Buhari to address the nation over the state of insecurity.

“Afenifere is in total support of the decision of Governors of the 17 states in Nigeria banning open grazing of livestock in any of the states that they control,” the Afenifere communique said.

“Afenifere felt that although the declaration by the governors ought to have come long before now, given the atrocities that have arisen from open grazing, it is better late than never.”

The Afenifere communique added that “despite various steps taken and appeals made by state governments and communities, herders continue to graze their cattle on farms of our people.

“When the farmers tried to protest, they (the farmers) are harassed, maimed and sometimes killed. Our female folks are raped. This is a very important reason for the need to completely outlaw open grazing with severe penalties for any violator.”

The group said it was “delighted” that the idea of restructuring as a mechanism for preventing the breakup of Nigeria “is becoming more popular and winning converts on a daily basis.”

It said it has been advocating for a federal system for Nigeria since 1953.

“A Constitution based on Federalism was operating in the country until 1966 when the military consigned the Constitution into the dust bin,” the communique said.

“Since then, Nigeria has not been enjoying true federalism.

“We in Afenifere believe very strongly that failure to practise federalism and increasing Unitarisation of the country were largely responsible for the travails Nigeria is suffering today – and will continue to suffer – unless Nigeria is restructured!

“We have no doubt about this at all.

“We are happy to note that some who were either opposed to restructuring or hesitant of it are now embracing it. We therefore demand that restructuring should be effected NOW!”

Afenifere said when the 8th National Assembly called for Memoranda on Constitutional Review, it had submitted a Memorandum.

“Of course the 1999 Constitution meant to be reviewed is what we are insisting should be jettisoned,” the communique said.

“But since we don’t have any other document other than this 1999 Constitution with which the affairs of the country is being run, we feel that it is sensible to submit a Memorandum that clearly states our own position.

“Our hope is that the National Assembly will be sincere in its effort at reviewing the Constitution.”

The meeting that gave rise to the Friday communique was held at the house of the group’s acting leader, Chief Ayo Adebanjo, in Sanya-Ogbo, Ijebu Ode, Ogun State.

JAMB says 2021 UTME may be postponed