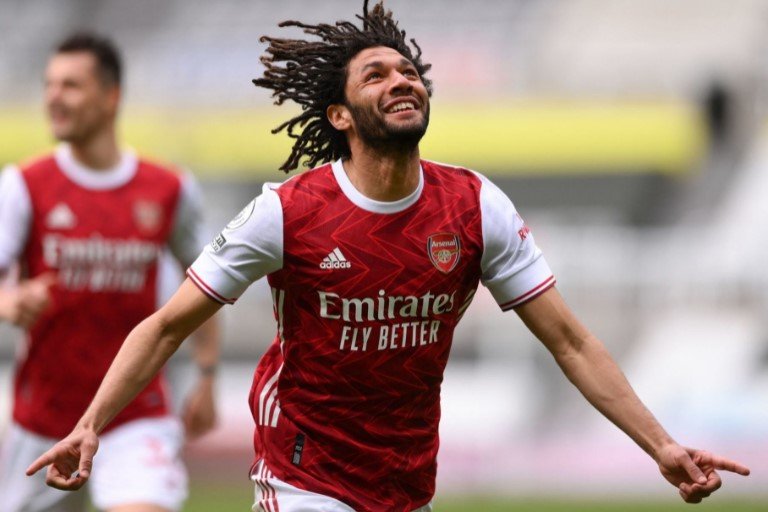 Arsenal prepared for their Europa League showdown against Villarreal with a confidence-boosting win away to Newcastle at St James’ Park.

Mohamed Elneny scored his first Premier League goal for the Gunners, before Pierre-Emerick Aubameyang secured the points in the second half.

Arsenal trail 2-1 after the away leg of their semi-final tie with Villarreal and victory in the north east of England was their first in four games.

The Magpies had an excellent April to distance themselves from the bottom three but they struggled to impose themselves on Sunday.

Steve Bruce’s side, who lost Fabian Schar to a straight red card after a late challenge on Gabriel Martinelli, remain nine points above the relegation zone with four games remaining.

Arsenal, who host Villarreal on Thursday, move back above Aston Villa into ninth place in the table.