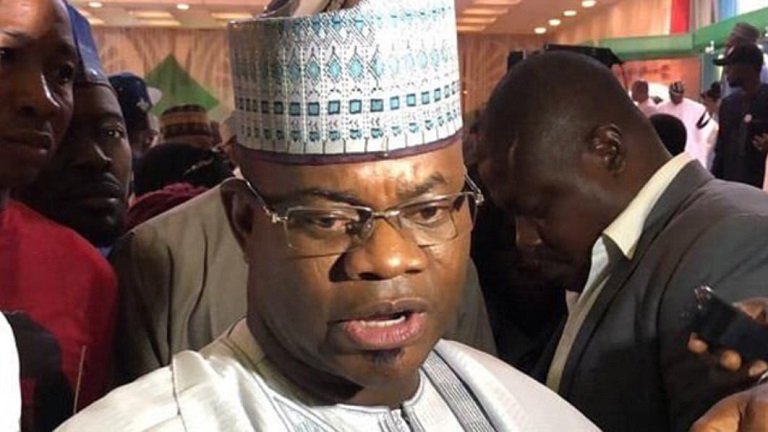 A group, Northwest Youth for Progressive Change (NYPC), has appealed to Kogi Governor Yahaya Bello to contest the 2023 presidential election.

Its chairman, Comrade Aliyu Usman, in a statement on Friday, said Nigeria needs a young, youth-friendly President like Bello to arrest the massive unrest among the teeming young population.

It said the level of youth unemployment and restiveness across the nation is overwhelming, assuring Governor Bello will arrest the tide easily as President.

The group said it is time to hand over governance of the country to youths, which constitute over 65-70 percent of the population.

It said Governor Bello fits the bill having demonstrated sufficient belief in youths with the appointment of over 90 percent in the State.

Besides, it pointed out Bello has strong faith in women, most of whom it said are political appointees in Kogi.

NYPC added: “We are aware that in Kogi State today, all the 21 Vice chairmen are all women.

“We are also aware that all the secretaries to the council chairmen in Kogi State today, are youth council coordinators.

“And we have discovered that if Yahaya Bello is doing all these wonderful things in Kogi State, Nigeria deserves to have a feel of what Kogites are currently enjoying.

“We are ready to support youth for prosperous leadership in Nigeria.”

The group also slammed a support group within the ruling All Progressives Congress (APC) asking Bello to drop his presidential ambition for the party chairmanship.

Such calls, it said, are counter-productive and aimed at preventing the country from “benefitting from the many giant strides that a Yahaya Bello presidency will deliver to youths.”

The group said since they are the ones asking Bello to contest the presidency, it is up to them, not anyone else, to tell him if he should drop the ambition.

NYPC pledged to mobilise youths to ensure the victory of Bello at the presidential poll.