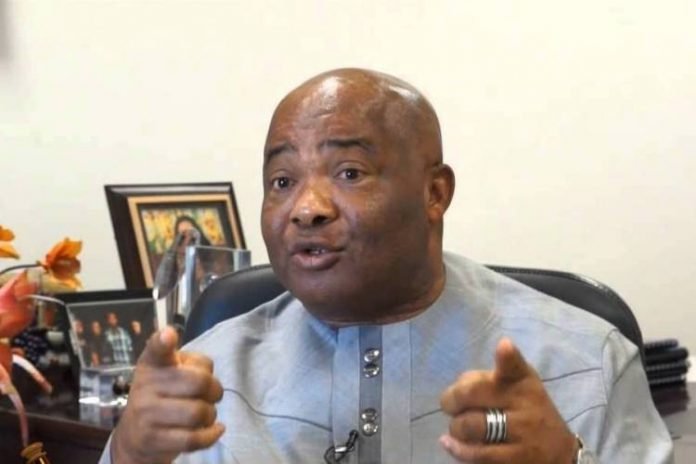 He made the allegation on Friday while briefing reporters shortly after a closed-door meeting with President Muhammadu Buhari at the State House in Abuja, the Federal Capital Territory (FCT).

The governor who condemned the recent attacks by armed bandits on communities, especially in the northern part of the country, challenged the security agencies to urgently reveal the names of their sponsors.

He also condemned the call for secession, stressing that criminals particularly in Imo were a combination of individuals within and outside the state.

“What people are doing is to sponsor crisis to the extent that those funding banditry are politicians and I challenge and call on the security agencies to make their names available to the press because what they want to do is to distract a government that is focused,” the governor said.

He told reporters that it was necessary for Nigerians to offer more support for the Federal Government to weed out sponsors of crisis and enemies of progress in the country.

Governor Uzodinma stated that since the inception of the present administration about six years ago, it has been fulfilling its promises of providing infrastructure, jobs, and social interventions, among others to the people.

He, however, said it was not out of place to criticise a government for not doing well, noting that he would be one of the first set of people to call it out.

“This country is blessed by God. From 2015 to date, I thought what the problem would be people saying there is no job creation, that people are not feeding, that salaries are not being paid, that infrastructure is going down, that social interventions are not approved by the government, but these things are available.

“A pass mark for the government of President Muhammadu Buhari. A situation where you will leave the ethical way of playing politics to sponsor banditry to bring down a government, we should rise up and condemn it – all of us,” the governor said.

House of rep. members fight over calls for Pantami’s sack